Pilot, former principal harpist of the Boston Symphony Orchestra, has received numerous awards including a Lifetime Achievement Award from the Boston Musicians Association. Murray was the winner of an Avery Fisher Career Grant in 2004 and a BBC New Generation Artist from 2008 through 2010. Christie has served as organist of the Boston Symphony Orchestra since 1978 and has performed and recorded with the major national and international orchestras, including those in London, Paris, New York and Boston. 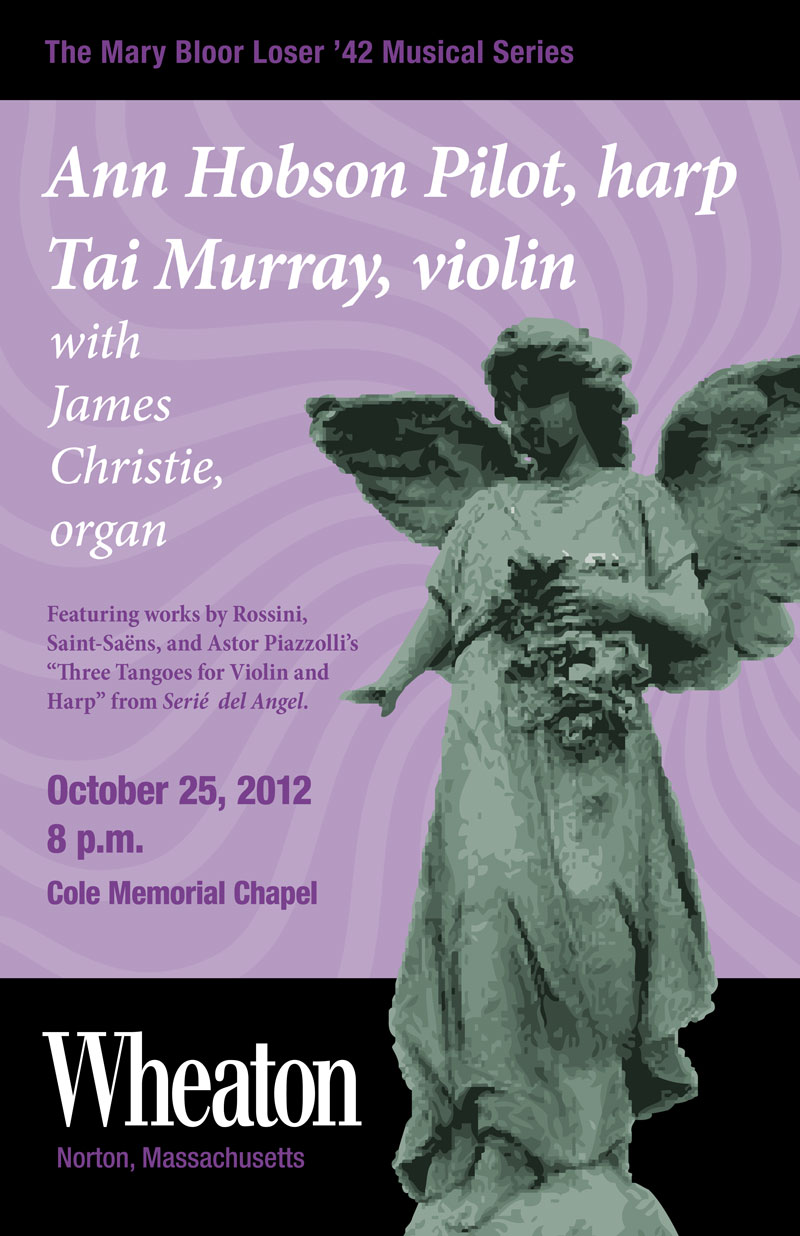