Formed under the artistic direction of cellist Yo-Yo Ma, The Silk Road Ensemble is a collective of musicians and artists from nearly 20 countries. In sharing traditions from various cultures, the Ensemble develops and performs new music and multimedia pieces, exploring and expanding contemporary musical crossroads. The Silk Road Ensemble has performed to critical acclaim throughout Asia, Europe and North America, and has recorded six albums; their album Off the Map, was nominated for a Grammy Award for Best Classical Crossover Album in 2011. The Silk Road Ensemble and Yo-Yo Ma are represented by Opus 3 Artists.

Tickets for this event are SOLD OUT. 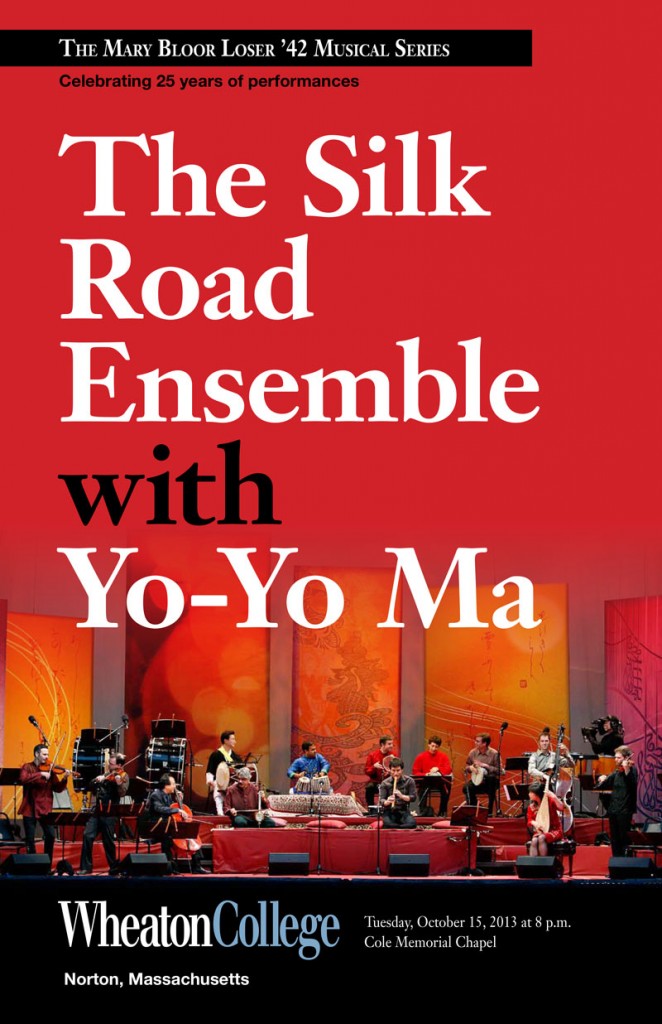