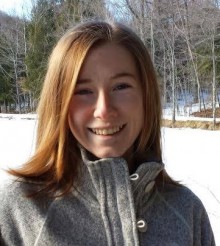 Who would have thought political parties could have such similar views on a controversial topic like gun permits? I am a proud Republican and entirely believe in the freedom to own and use guns, yet when I tell people I support firm gun laws and imposition of permits, they look at me in shock and say that I’m not much of a Republican with a viewpoint like that. Right-wings are all about handing guns to everyone and want to bypass any laws to regulate firearms, right? Wrong! The General Social Survey shows some surprising facts about gun permits and political views that many Americans are unaware of.

While the More Conservative side has the lowest support amongst the Moderate and More Liberal political groups, over 70% of those who identify as More Conservative support gun permits. This data would surprise many people. The difference between the Most Liberal and Most Conservative group is only 10 percentage points. This is such a small difference in opinion, yet people still insist on believing that 100% of Republicans hate gun laws and 100% of Democrats don’t even want guns to be sold at all. Misconceptions abound in politics, so the idea that there is a massive gap between Republican and Democrat mindsets is not surprising. In reality there is not a wide gap between political parties.

Many people accept information based purely on what others and the media tell them. Do some research and find out what the data says! Political parties argue and point fingers on television and in newspapers, but the GSS makes it clear that both sides have similar opinions concerning gun permits. Whether people say they are Democrats or Republicans, the differences between these parties are not as large as we once thought.