Hi everyone! My name is Alyssa Gerencer. I am a member of the Class of 2021 and I am an Environmental Science Major with Minors in French Studies and Women’s and Gender Studies. Over the summer I interned with former Wheaton Professor Barbara Brennessel and the Mass Audubon Wellfleet Bay Wildlife Sanctuary on Cape Cod doing conservation work with diamondback terrapins, a threatened species of salt marsh turtles, as well as aiding in the monitoring of horseshoe crab populations. Although Covid-19 meant my internship was modified slightly, I was able to participate in much of the work interns typically perform. 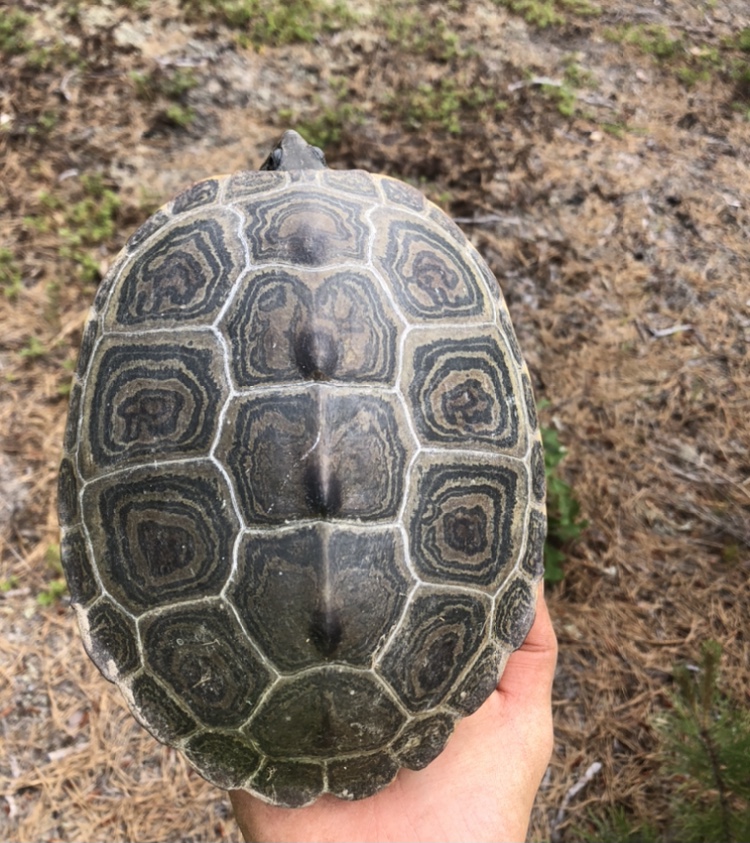 Although I assisted in a few surveys of horseshoe crab populations, most of the work I did on a daily basis related to diamondback terrapins. Part of my job was to collect data on terrapins as I encountered them in the field. When I came across a turtle, I would identify it (if it had been previously tagged by the Audubon), take a variety of measurements of the turtle’s shell, record its weight, take note of any anomalies in the shell pattern, and take pictures of the turtle. My first experience working with a turtle was collecting data on hatchlings from the previous year which were so cute! Another large part of my work in the field was identifying and subsequently protecting terrapin nests. I learned to identify the signs of a nest in the sand and quickly learned that you have to be very aware when you are out in the field so as to not disturb a nesting female if you come across one. When a nest was discovered, I would protect it with a wire cage, so that predators could not get to and eat the eggs, as well as record some data about the nest site. There were times when turtles would nest in dirt roads and in order to protect these eggs, the nest would have to be relocated off the road. One of my favorite experiences was when I got the opportunity to carefully dig up a nest and relocate it to a location where it could be protected. Naturally, there were some nests that were missed, and therefore not protected, that were dug up and eaten; however, these nests were still recorded so we could get a sense of the total number of nests for the year. 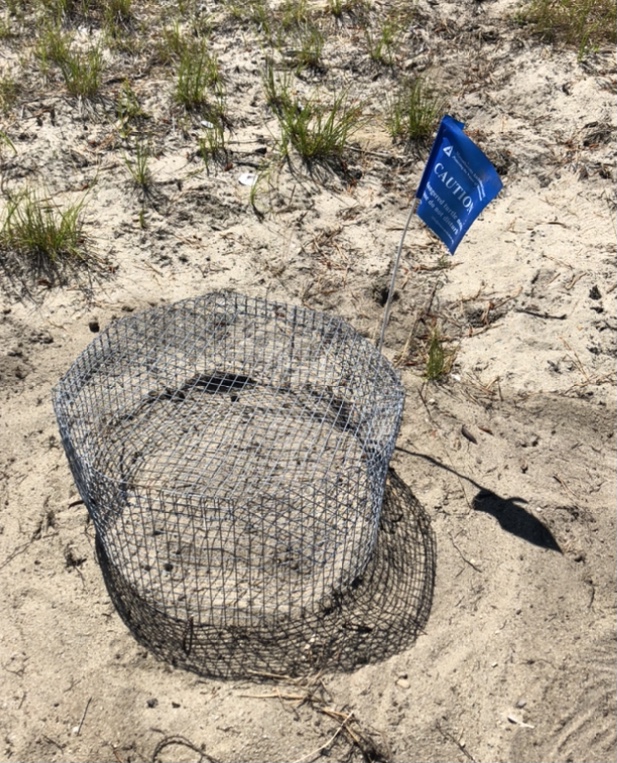 In addition to collecting data in the field, I was in charge of inputting data into Excel spreadsheets so that all of the data was collected and organized in one place. At the end of the summer, I created graphs for the number of terrapin nests and encounters per day. Creating graphical representations of the data was important because it created a clear and summarized form of the data that could be shared through the Mass Audubon to members so that they could see what we had observed and accomplished over the summer.

Here is one of the graphs I made that shows the number of terrapin nests found per day: 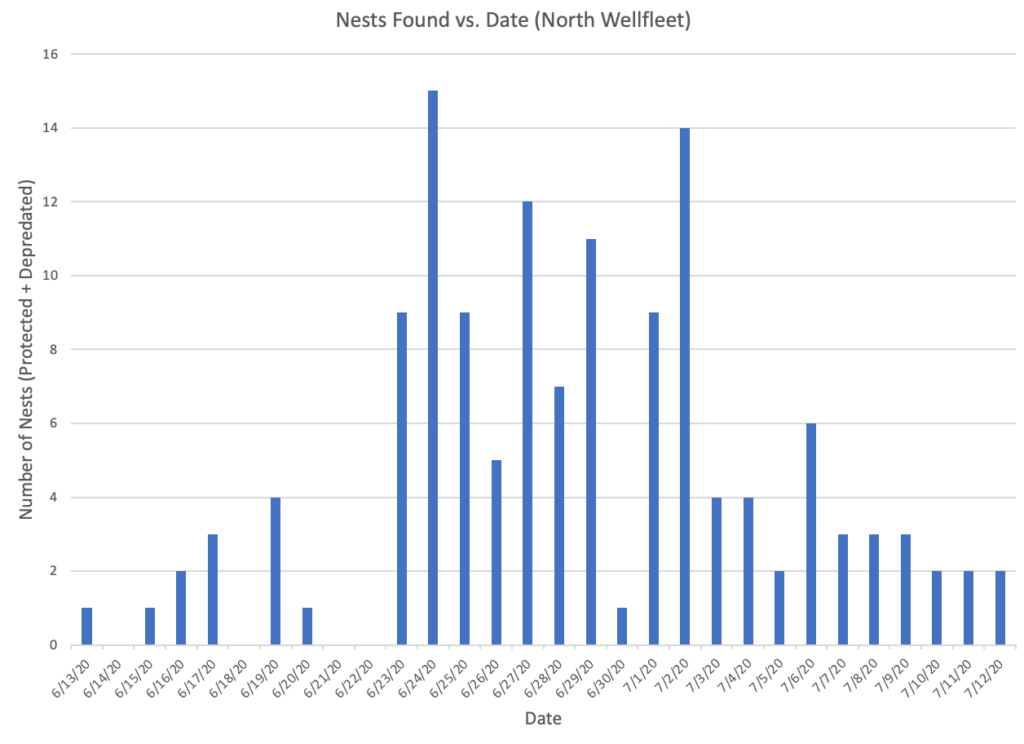