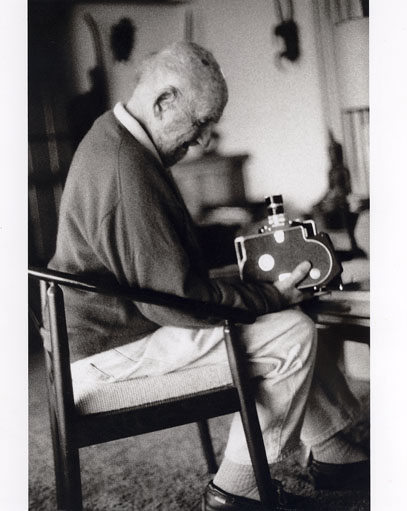 Man and the Middle Class:  The Work and Vision of Henry Strauss (2010) tells us the story of Henry Strauss, an industrial film producer who lived through the Great Depression and WWII.  Learning from these experiences, Henry’s company, Henry Strauss Productions, Inc. produced films and management training films for most of the large corporations in post-war America, including Pan American Airlines, General Electric and AT&T.  In this film, Henry Strauss, now 95, in conversation with filmmaker Heide Solbrig, narrates his experiences in the war and the depression and how these experiences inspired the production of workplace films that educated soldiers returning home from war, newly promoted managers and executives in a new set of authority relations and work identities.  The film asks, if we are going to lose the American middle class, as the television warns, shouldn’t we understand the ideas and institutions which shaped it in the first place?  Through conversation, interview, voice-over and historical footage the film narrates how Strauss’ films reflected labor management debates critical to the productions of a post-war middle-class in the United States.