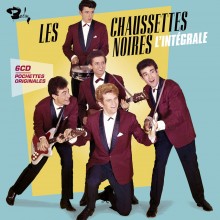 “French baby-boomers in the early sixties created a sudden demand for the new sounds of Anglo-American pop music, but the public and the record industry weren’t yet ready for songs in English. Local versions of American and British hits, by singers were on hand to promote them, filled the gap. But does singing ‘Rip It Up’ in French make it a French song, and why does the question matter?”