The Information Age and the Internet are richly complex systems whose origins found many different contributors playing key roles. Claude Shannon, whose centennial is being celebrated this year, was born in a small town in the upper peninsula of Michigan. At MIT, then at Bell Labs, and then back again at MIT, he changed the world. He defined ‘Information’ by quantifying it, he was the first person to publish the word “bit” (in the ‘binary digit’ sense), and he dreamt up and elegantly proved theorems relating bandwidth, noisy channels, encoding, and the preservation of information. Most importantly, he saw that all information could be digitized, thus launching an ongoing revolution in the communications industry. This math-free talk is essentially a pictorial biography of Shannon based on archival research and interviews I conducted with luminaries from Bell Labs and MIT, and with his daughter, Peggy. 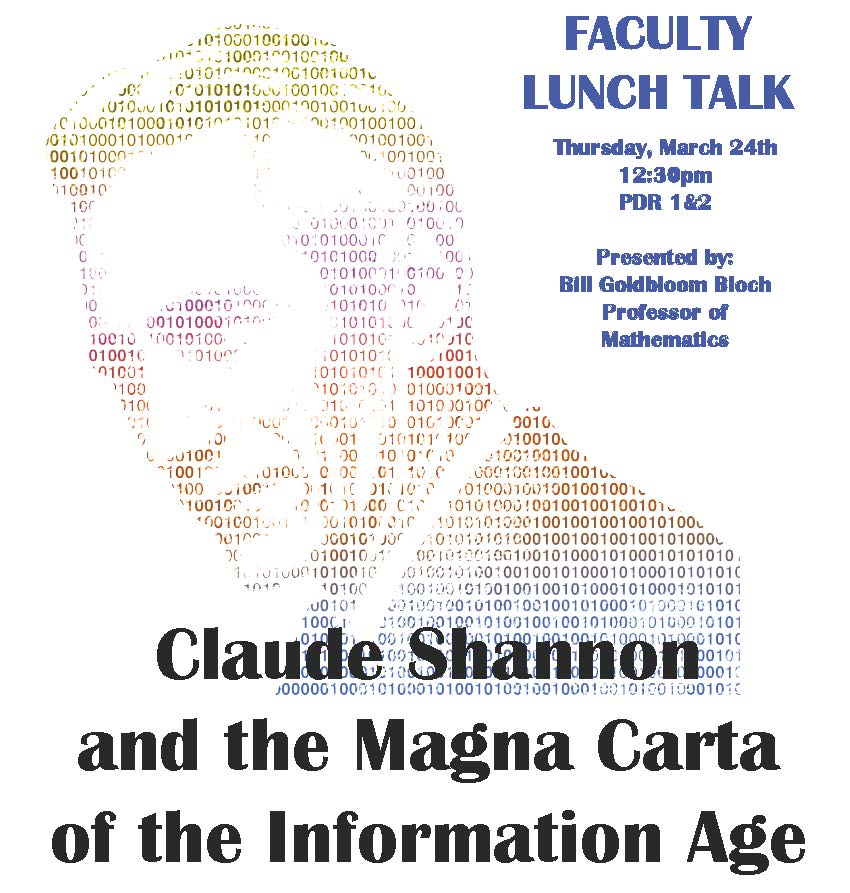