Africa, African American, Diaspora Studies major Catherine Braxton directs this production, which is composed of scenes, monologues, songs and poetry from African American writers throughout the 20th and 21st centuries. In this senior capstone project, the cast, which will mix race, gender and class, will be cast against type. Tickets are required but are free of charge, contact the Watson Box Office at 508- 286-3575 or by email at boxoffice@wheatoncollege.edu. 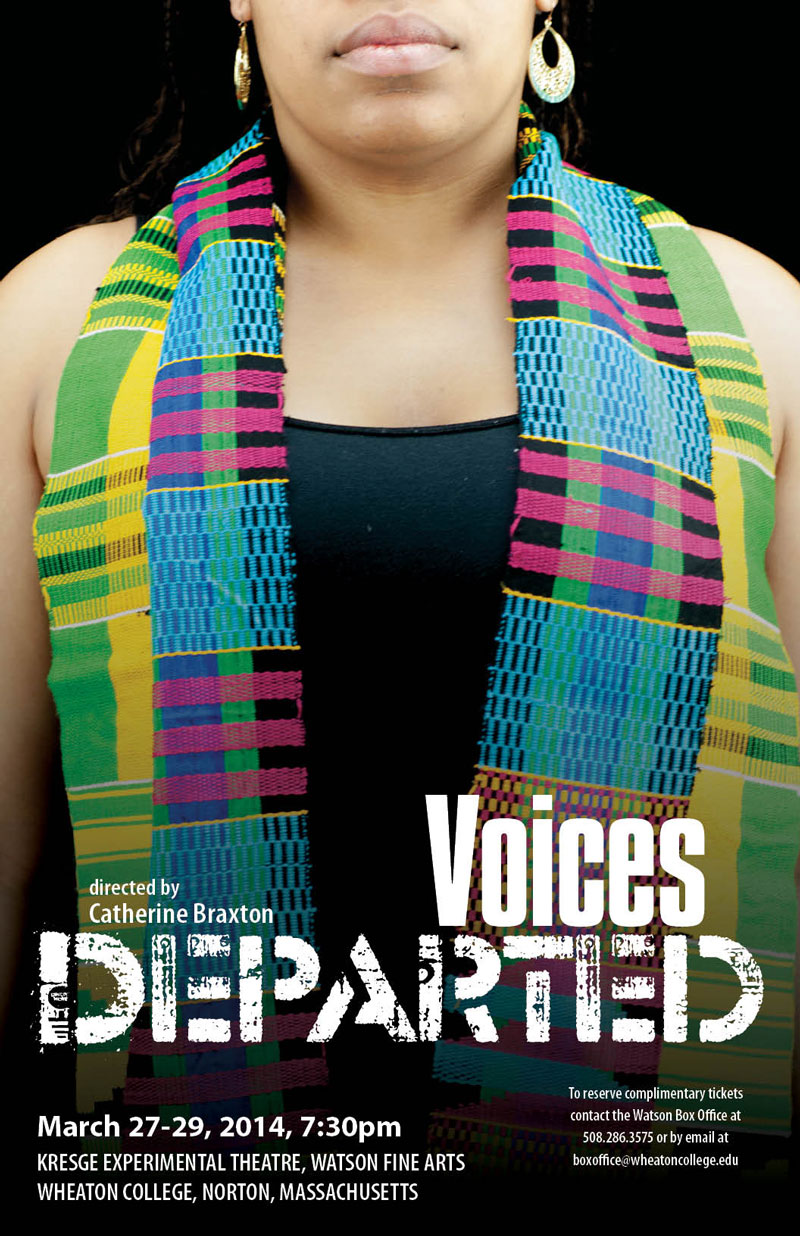