Eve Ensler’s The Vagina Monologues is based on interviews conducted in the early 1990s with a diverse group of women. The show speaks candidly on female sexuality and challenges the audience to drop the stigma around it. The play now also deals with issues of violence against women and is supported by the V-Day Foundation. Modern productions give all proceeds to charities that benefit those affected by domestic violence and sexual assault.

The Vagina Monologues is produced and directed by Emily Bergmann ’16 and Kate Gannon ’16.
Tickets are $5 for the Wheaton community and $8 for general admission. All proceeds go to New Hope Inc. of Attleboro. 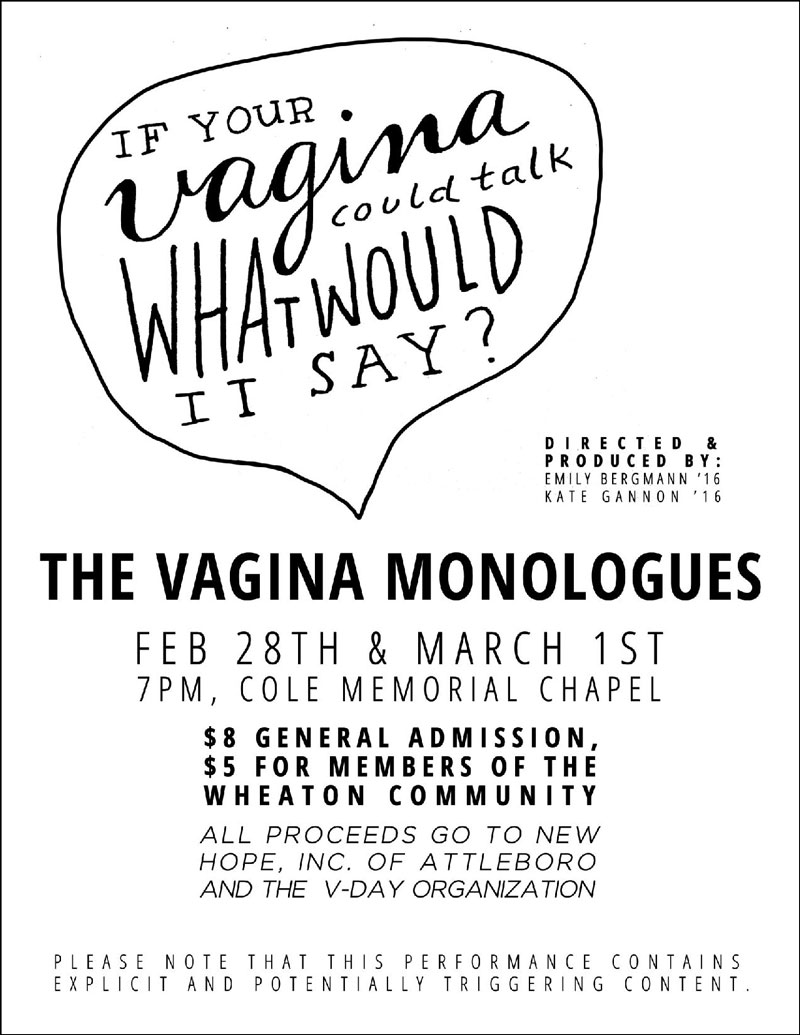