Betsy Cronin, Manager of Arts Events and Publicity, interviewed both the playwright and director of SpellSong

BC: Speak about the genesis of this work.
CM: I was reading Willis Barnstone’s To Touch the Sky: poems of mystical, spiritual and metaphysical light, and became entranced with his translation of Song of Songs. The next morning I woke up early to the sound of birds and wrote the first love scene between Asher and Nikaule, not yet knowing their names. Then I took a walk to get the New York Times and as I was reading the paper it occurred to me that every word of the biblical prediction, “for nation shall rise against nation. . .” was being addressed in the paper that day. The idea of compressing and expanding time came to me as a way to re-tell the story of Song of Songs in the context of mankind’s disruptive compulsion that has resulted in wars, imperialism, religious strife, family disharmony, and all the other tragedies we seem to crave.

I wanted this play to have the feeling of being found, in broken parts, all over the ground. With this in mind, basing the messenger character on the West African griot, a storyteller trickster/magician/prophet, was a way of distancing myself as “author” of the play. Messenger is responsible for telling the ancient part of the story. Mrs. Talbot (an early 20th century British anthropologist’s wife) as well as the two 1950s English school boys are interruptions to Messenger’s tale, over which he has no control.

BC: Talk about your concept for the production.
CM: Stephanie and I have worked so closely on this production that I can’t say I walked into the process with pre-conceived ideas about how the play should be staged. In terms of tone, lightness and humor are important to me given how heavy the subject matter might appear.

BC: What do you want the audience to walk away with?
CM: Although I long ago accepted that I can’t control how audiences receive my plays, I suppose my secret wish is to leave people with the largeness of life, a desire for peace in every part of the world, and a renewed sense of the power of love. God, that sounds grandiose! It’s as far-fetched as wrapping a building in elegant fabric. But I’m a Romantic and believe that we should all strive for the impossible.

BC: Why do you want to direct SpellSong?
SB: I wanted to work with Charlotte Meehan. Last winter I saw her production of Work at Clark University and thought it would be a terrific experience for the students and myself to work with a playwright in residence, something we have never done here at Wheaton. As Charlotte and I began to talk about the script, I fell in love with the characters in the play. Acting as the main storyteller, the Messenger takes the characters and the audience through time, from ancient Egypt and Israel to England in the 1950‚s to New York City today. Charlotte first described the process of writing SpellSong as time traveling and picking up pieces of the play as she traveled. This fascinated me and I knew it would be a challenge to bring the pieces of the puzzle together.

BC: Talk about your concept for this production.
SB: Whenever I begin work on a play, I think about telling the story as simply as possible instead of focusing on a concept. Time travel, jumping from place to place, and characters out of sequence lead me to try and share each moment of the play as clearly as possible so that the audience may hear the story and feel the rhythm of the play.

BC: What do you want the audience to walk away with?
SB: Honestly, this play has confounded me from day one. I have come to rehearsal each night and relied on pure instinct (and Charlotte) to guide me through this process. The play is a mystery to me and I haven’t yet worked out all the pieces. I imagine this will happen as we perform the play with an audience. So far, the message I take away from SpellSong is about hope. 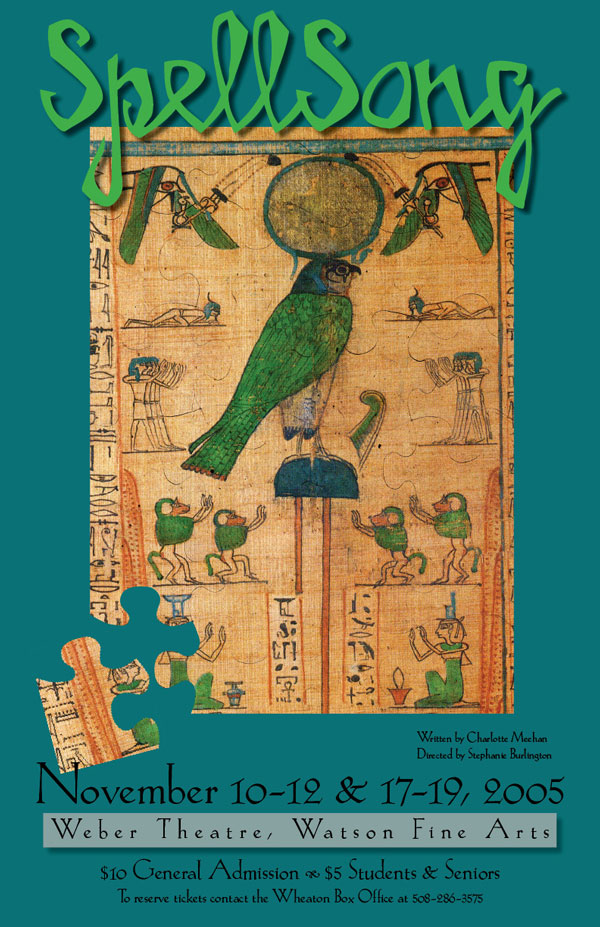