I wasn’t supposed to be the writer in the family.

My brother Carl wrote from an early age, and I , cast in the role of devoted younger sister, collected all of his scribblings. Too broke for long-distance calls, we wrote each other frequently through the year, from college, then graduate school, and from our awful temp jobs as we fought to keep a roof over our heads in illegal sublet apartments: his in San Francisco and me in New York.

An somehow I, who lose and misplace all essential records, birth certificates, autographs, managed to save all of the letters he wrote with his striking calligraphy. Somehow I must have known that Carl’s language would be finite; an early death from AIDS ended the stream of letters and haiku to my mailbox.

He was supposed to have been the writer.

As a perfect, if somewhat subversive, student, who talked back a little too much, who knew a little bit more than his teachers, Carl went off to John Hopkins on a scholarship. Carl with his perfect SAT scores, Carl with his ability to quote everyone from Oscar Wilde to Lytton Strachey. And then he earned a fellowship to graduate school at the University of Virginia, and went off to Charlottesville filled with visions of becoming a gay southern writer, filled with mythologies of genteel literary life dressed in white flannel suits. I still don’t know exactly what happened. I know that he founded a chapter of Gay Activists Alliance and became very active in student politics; and I know that one night he was brutally assaulted by law students who objected to his queer politics on their campus—First Family of Virginia students—who beat him, ripped his books and canvases, where he dialed his younger sister in a late-night call: “Come get me.”

He died in 1988. I have said, often, that AIDS only killed him; homophobia hurt him a great deal more.

Well. Even if he can no longer write letters to me, I can write letters to him, and so I do in every play. I often think of the prints of Hirschfeld, with his little love notes inscribed to his daughter Nina in every drawing. “Carl” in inscribed in every manuscript, too, and particularly in this play, a twin tribute and response to my earlier Baltimore Waltz (which is prefaced by his last letter to me.) And no matter how critics or audiences respond to my plays, I do hope my brother is receiving the letters I send. I appreciate giving Carl the last word.

In 1986, my brother Carl invited me to join him in a joint excursion to Europe. Due to pressures of time and money, I declined, never dreaming that he was HIV positive. This is a letter he wrote me after his first bout of pneumonia at John Hopkins Hospital in Baltimore, Maryland. He died on January 9, 1988.

The Baltimore Waltz—a journey with Carl to a Europe that exists only in the imagination—was written during the summer of 1989. —Paula Vogel

I thought I would jot down some of my thoughts about the (shall we say) production values of my ceremony. Oh God—I can hear you groaning—everybody wants to direct. Well, I want a good show, even though my role has been reduced involuntarily from player to prop.

First, concerning the choice between a religious ceremony and a memorial service. I know the family considers Anglican observances as irrelevant as Shinto. However, I wish prayers in some recognizably traditional form to be said, prayers that give thanks to the Creator for the gift of life and the hope of reunion.

As for the piece of me I leave behind, here are your options:

I would really like good music. My tastes in these matters run to the highbrow: Faure’s “Pie Jusu” from his Requiem, Gluck’s “Dance of the Blessed Spirits” from Orfeo, “La Vergine degli Angeli” from Verdi’s Forza. But my favorite song is “I Dream of Jeannie,” and I wouldn’t mind a spiritual like “Steal Away.” Also perhaps “Nearer My God to Thee.” Didn’t Jeannette MacDonald sing that di-vinely in San Francisco?

Finally, would you read or have read A.E. Houseman’s “Loveliest of Trees”?

Well, my dear, that’s that. Should I be lain with Grandma and Papa Ben, do stop by for a visit from year to year. And feel free to chat. You’ll find me a good listener.

Woodward was Associate Set Designer for Trinity Rep’s A Christmas Carol, 2005. He designs scenery and puppetry for theatre, special events, television, film, still photography, and outdoor spectacles. He is the resident designer at Perishable Theatre and recently designed Big Death & Little Death there. He is a member of the Queen’s Company (NYC), specializing in all-female productions of Shakespeare and restoration comedies. Jeremy has designed extensively in Providence, at the Providence Black Repertory Company, Brown University, Providence College, Rhode Island College, and the Trinity Repertory Conservatory. Other credits include Patience at the Wilma Theater, and shows at the Berkshire Theatre Festival, and the National Black Theatre Festival. His work as a puppeteer has taken him across the U.S., and to Canada, Germany, and Taiwan. Jeremy was graduated from RISD with a bachelor’s degree in Fine Arts and in Architecture. 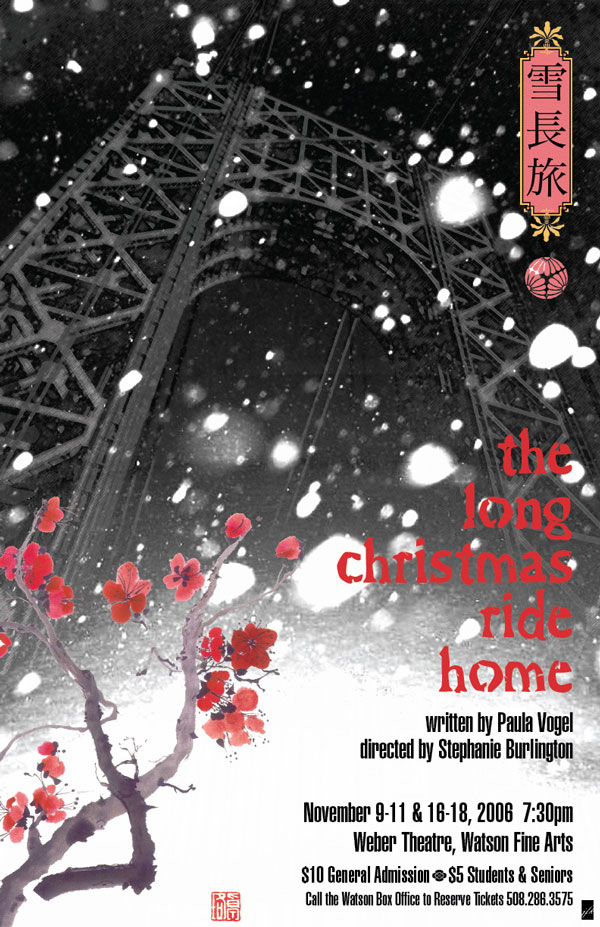