Priestly’s An Inspector Calls, set in London in 1912 as the Titanic prepares to embark, is a suspenseful tale about love, jealousy and secrecy that ends with a stunning cliffhanger.

Sara Ossana is excited to be working with Wheaton College for the first time. Her recent Scenic Design credits include: Don Carlos, The Taming of the Shrew and The Pillowman for The Sandra Feinstein Gamm Theatre in Pawtucket, RI, Neighborhood 3: Requisition of Doom for the SPF at The Public Theatre in New York City, the world premieres of Sweet Disaster and Weightless for The Perishable Theatre; Punk Play, and The Fishbone Fables with the Brown / Trinity Repertory Consortium in Providence, RI as well as costumes for The Changeling at Brown University.

Sara has taught design at RISD and is the Principal for StudioSeven7 where she continues her design explorations through her work in residential, graphic, and theatrical set design. Sara attended the Rhode Island School of Design graduating in 2005 with a Masters Degree in Interior Architecture. To view these and other examples of her work please go to www.studioseven7.com.

Notes from the Dramaturge:

“We have a stake in one another … what binds us together is greater than what drives us apart, and … if enough people believe in the truth of that proposition and act on it, then we might not solve every problem, but we can get something meaningful done for the people with whom we share this Earth.”
-President-Elect Barack Obama, The Audacity of Hope

J.B. Priestley had lived through both World Wars when he wrote An Inspector Calls in the winter of 1944/’45. Set in 1912, the Birlings turn a blind eye to the destitution surrounding their opulent Edwardian world. Unaware of the imminent crises at hand, they have yet to suffer the consequences of their “a man has to make his own way,” treatment of humanity.

Indifference is dangerous. As the play warns, our future is uncertain. This production asks us, in spite of Priestley’s socialist values and our own politics, to consider the ways in which we are bound to each other as human beings. 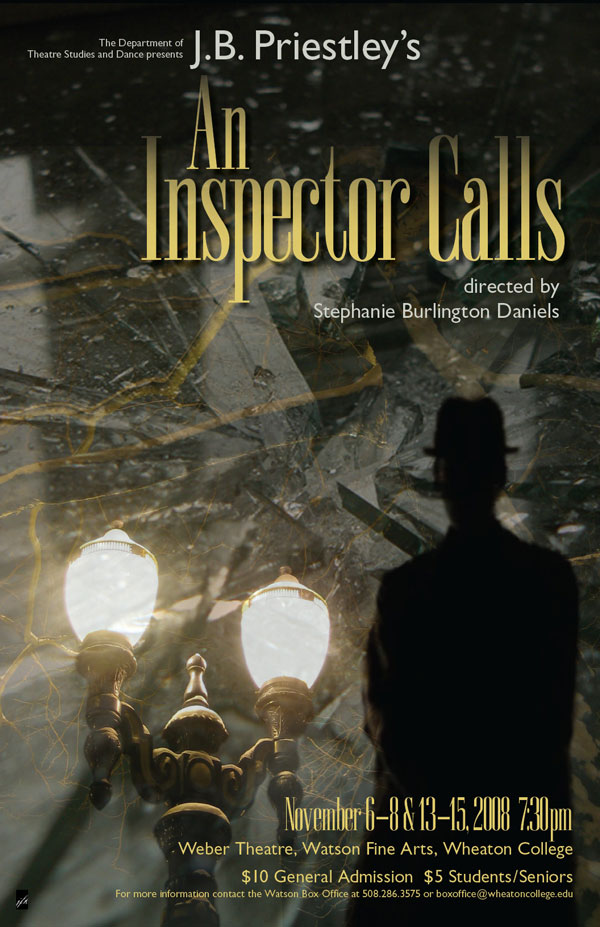