On August 14, 1969, a tropical disturbance named Camille was detected moving west in the Caribbean Sea. By the 16th, Camille became a Category 5 hurricane and was approaching the United States with winds over 150 miles per hour. On the 17th, Camille covered the Mississippi coast in darkness from Ansley to Biloxi, and destroyed everything that came into its path with gusts of wind up to 200 mph and a 25-foot storm surge. Within three hours Camille had destroyed 100 years of natural growth along the Mississippi coast. The next morning 15,000 people were homeless and there was no water, food, or fuel. The final numbers that Camille left are astounding. 255 people were killed, 8,900 injured, and 40 people were missing. Nearly 14,000 housing units were damaged, and about 6,000 were completely destroyed. The total damage from Camille was worth $4.2 billion. Hurricane Camille was ranked in the top 10 storms of the century for showing us true devastation.

Set in Hazlehurst, Mississippi, five years after Hurricane Camille hit, Beth Henley’s Pulitzer Prize winning Crimes of the Heart takes us to a world recovering from devastation. She introduces us to the Magrath family: Lenny, 30 and unmarried with few prospects, Meg, the middle one who left home just to have a failed singing career, and Babe, the youngest who, at the top of the play, is out on bail for shooting her husband in the stomach. These three women are reuniting for the first time since the hurricane swept through their town. In the Magrath kitchen we witness the dysfunctional love of a family betrayed by its passions. They show us a world haunted by its pasts and reaching for the future, and give us a combination of humanity and humor that makes us love these women and their faults and flakes. We watch the world outside the house recovery from the hurricane, and the world inside the house recover from life. Their troubles, serious and hilarious, are only accentuated by the presence of their starchy cousin Chick, the awkward young lawyer Barnette, and Doc, who was crushed in more than one way when Meg left for California.

T.S Eliot once wrote, “There’s no vocabulary / For love within a family, love that’s lived in / But not looked at, love within the light of which / All else is seen, the love within which / All other love finds speech. / This love is silent.” What truly drew me to direct this play was the connection between recovery, family and love. You will find no sonnets or grand gestures, but instead you will see the beauty in the every day love of a family. The Magrath’s kitchen mirrors the world around them in the devastation that has happened and the recovery that is taking place. However, no matter what has happened to the world, the state of Mississippi, their family, or themselves these three women come back to each other. They show us that recovery is possible, and love is unconditional. After Hurricane Camille, the Gulf Coast was left with nothing and had to start over. However, the beauty in it is that had a new beginning. Just like natural disasters, personal ones require the same thing. Henley allows us to watch the Magraths pick up the pieces and then watch them as they embark on a new vision. If there is anything I want my audience to leave with it is the idea that nothing is certain. You never know when or how your world will change. However, there will never be an end- just many new beginnings filled with laughter and love. I invite you to join the Magrath sisters in laughing, crying and blowing out the birthday candles with wishes for a new future filled with laughter, love and more new beginnings. 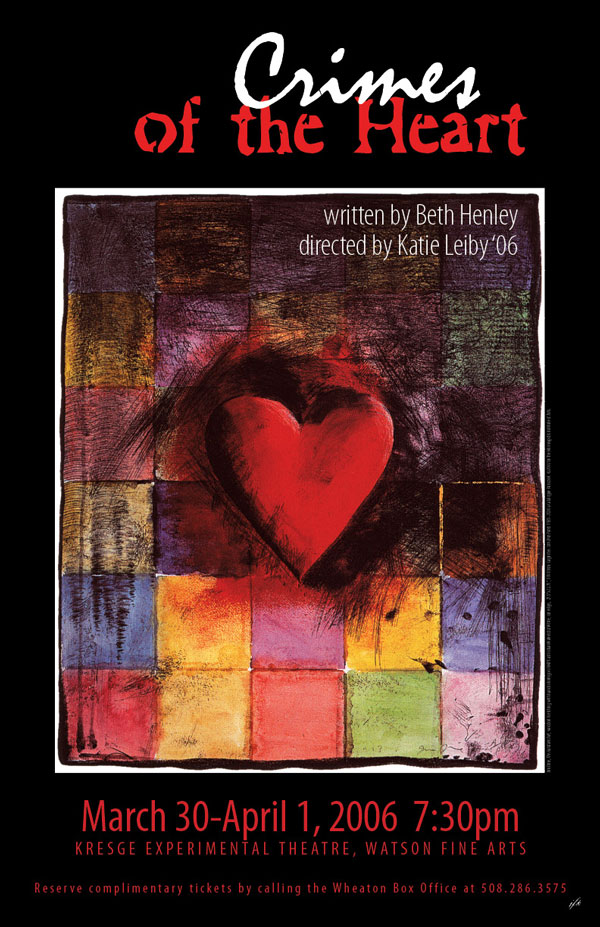