written by Dave Rabinow, co-directed by Stephanie Burlington Daniels and Courtney Roque ’17
A Brief History (ABHOTE) is the story of a school besieged by the forces of right-wing Christian fundamentalism. A small cadre of third-graders seek to subvert the paradigm by joining forces and channeling the most powerful force in the universe: the song-and-dance musical! Can Derek Palomino and his cohorts carve out a future for themselves based on reason and inclusion? Or will old white men continue to set the agenda, as they have for…well, pretty much forever? ABHOTE reminds us that, when things look bleak, creativity and intelligence will always trump the powers that be. Tickets: $10 general, $5 with a Wheaton ID & seniors. For information and reservations, contact the Watson Box Office at 508-286-3575 or by email at boxoffice@wheatoncollege.edu. 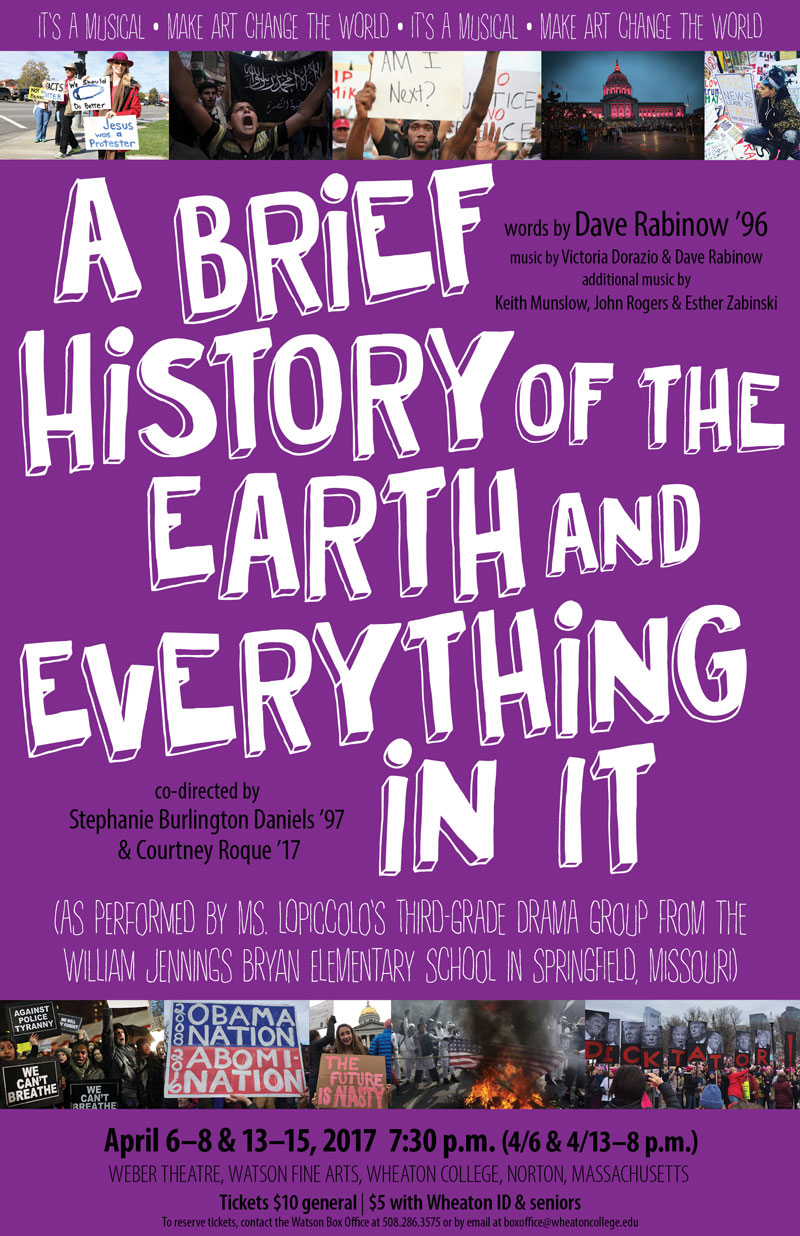