This free concert is sponsored by the Caroline C. Edwards ’70 Master Class in the Visual and Musical Arts Endowed Fund within the Evelyn Danzig Haas ’39 Visiting Artist Program

Marching Along with Time presents the songs of Irving Berlin 1935-1945. The show highlights the great variety in Berlin’s songwriting of the period, from escapist dance songs to stirring anthems, revival songs, hymns, novelty songs, ballads, and more.

The show’s first half features great dance songs from the films of Fred Astaire and Ginger Rogers, including Cheek to Cheek, Let’s Face the Music and Dance, and Change Partners.  Additional songs include lively selections  from On the Avenue, Alexander’s Ragtime Band, and Holiday Inn.

The show’s second act highlights music from the war years, including several songs from This Is the Army (1942), which both celebrated and satirized Army life in order to build morale and raise funds.   The show would take Berlin’s attention for the duration of the war; he was functioning as songwriter, producer, and performer, touring with the show throughout the United States, Europe, and the Far East.   During this time, Berlin also wrote Any Bonds Today? and I Paid My Income Tax Today, both of which called upon the patriotism of Americans to support the war cause. Berlin later revised the lyrics of the Any Bonds Today? to create a new version, Any Bombs Today?

The Smart Set is a unique pairing of two of Boston’s leading song duos, Valerie Anastasio & Tim Harbold and Benjamin Sears & Bradford Conner.  They joined together to celebrate the 1999 Noël Coward centenary with songs by Coward and his American counterpart, Cole Porter, in an evening of music and theatre called Noël and Cole — Together With Music.  They followed that up with Fred and Ethel – Great Songs of Astaire and Merman.  Both shows toured throughout New England and were subsequently recorded, all to critical praise: “as soon as they started singing you knew you were in for a good evening” (Richard Duckett, Worcester Telegram & Gazette); and simply “a swell party indeed” (Beverly Creasey, Theatre Mirror). 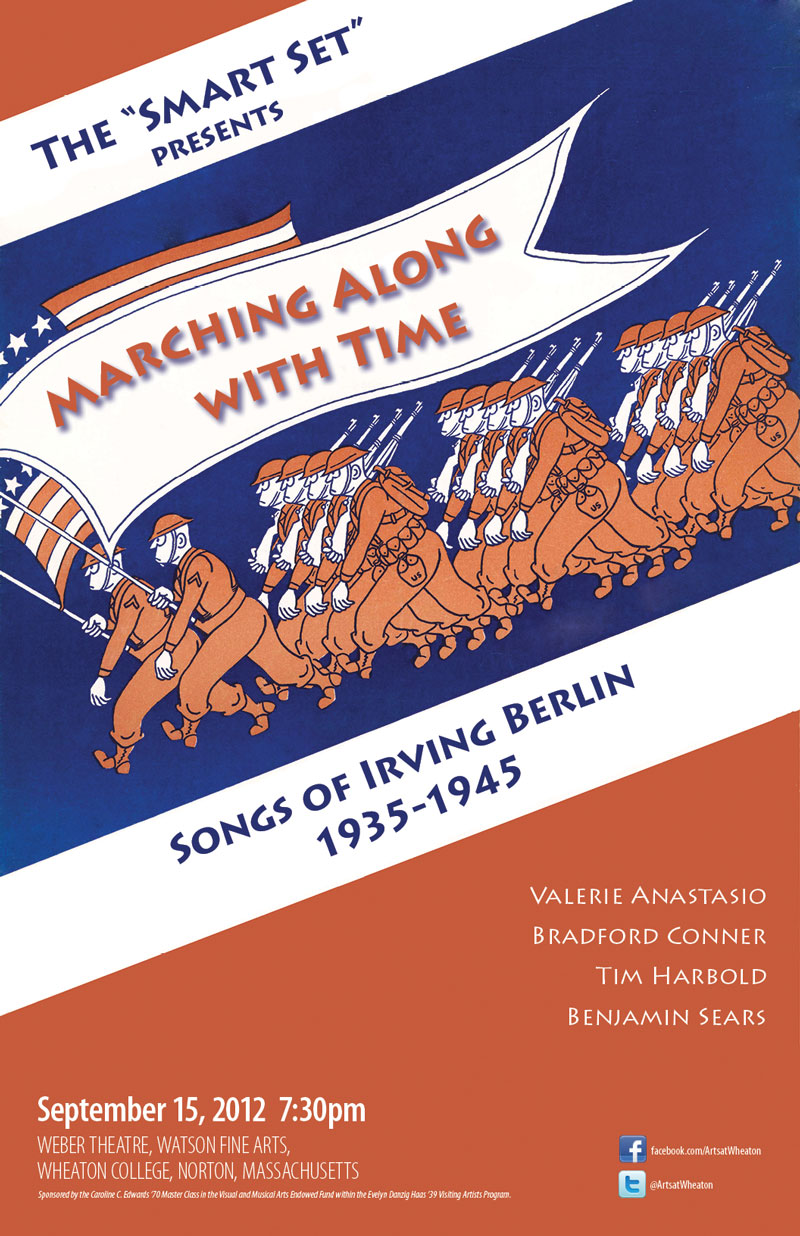