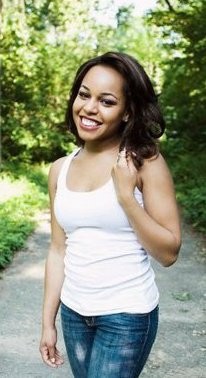 Lauren Henderson ‘09, Vocalist; working for MTV Networks. After double majoring in Music and Hispanic Studies at Wheaton, Lauren has been able to apply her studies at Wheaton to her career in New York. As a vocalist, Lauren performs jazz, Latin jazz, soul and other genres around the city. She appears at various venues in and around Manhattan including; The Russian Samovar, The Nuyorican Poets Café, G-Bar, Duane Park, Miles’ Café, La Negrita, Club Macanudo and many other locations. Lauren plans on releasing her debut album in the Summer or Fall of 2011. Gigging as much as she can, Lauren is also an employee of MTV Networks where she specifically works with the MTV ON-AIR PROMOS department of the network. After her production internship with MTV tr3s, she was able to join the company in the winter of 2009. She is very content working in production where she helps to create various promos and integrated marketing spots featured on MTV, MTV2 and MTV.COM.