One of Boston’s most acclaimed artists, DerHohannesian (1908-1992) taught design at the Rhode School of Design from 1947 to 1973. His work has been exhibited in many solo and group exhibitions throughout New England, New York, the mid-West, and Florida, and represented in many prestigious museums and collections, including the Guggenheim Museum in New York, the Addison Gallery of Art in Andover, MA and the Boston Public Library.
“Mr. DerHohannesian is an abstractionist, if that pedantic term can serve to classify a poet and visionary seeking symbolic equivalence for ideas.”—Robert Taylor, The Boston Herald, 1952 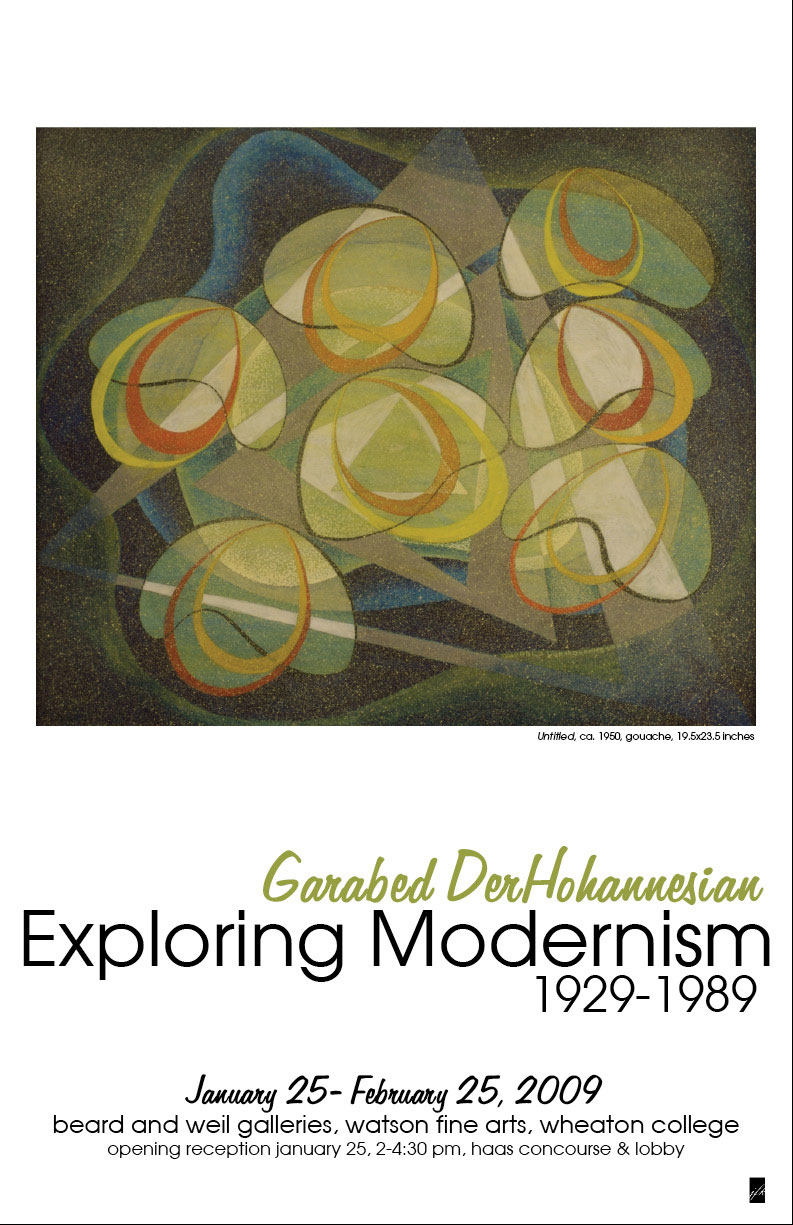