Written by Euripides, translated by Nicholas Ruddall and directed by Professor of Theatre David Fox, Trojan Women is one of the most stinging indictments of war’s brutality ever written. This timeless tragedy follows the fates of the women of Troy after their city has been sacked by the Greeks. For ticket information and reservations ($10 general, $5 with a Wheaton ID and seniors), contact the Watson Box Office at 508-286-3575 or by email at boxoffice@wheatoncollege.edu. 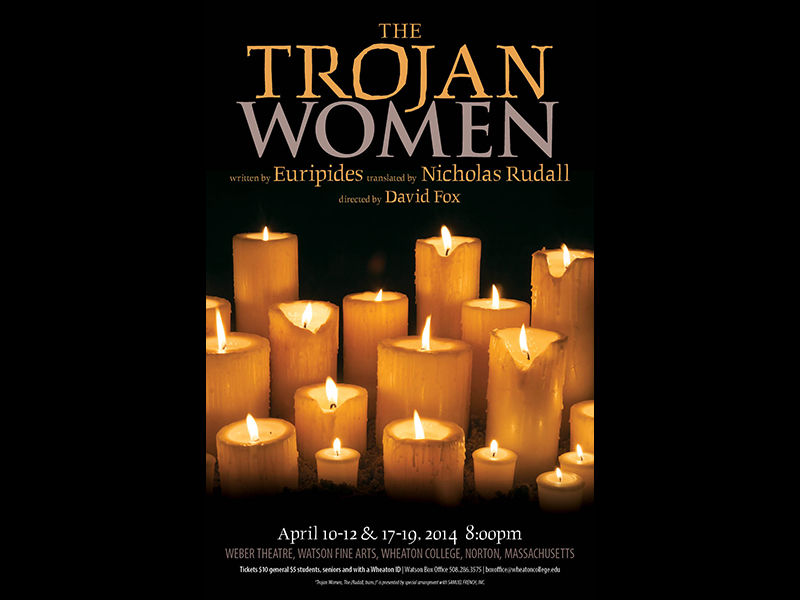