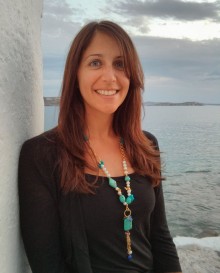 Mona Damluji earned her PhD this May from the University of California, Berkeley in the Department of Architecture. Her designated emphasis was Global Metropolitan Studies, which gave her an interdisciplinary grounding in Middle Eastern studies, urban studies, and film studies. Her work at Berkeley built on her 2003 B.A. from Tufts University, where Dr. Damluji majored in Architectural Studies in the Department of Art History, with a minor in Communications and Media Studies.

Her dissertation— The Neo-colonial Imaginary of Oil Cities in the Arabian Gulf—is a critical analysis of the British petroleum industry’s impact on urban development and visual culture in Iraq and other Arab oil-producing states. In her study, Dr Damluji examines the strategies driving petroleum companies to use documentary film for public relations campaigns in oil-producing countries and analyses how these film programs worked to persuade audiences that colonial practices of oil extraction were necessary for the modernization of these young nation-states. Her research for the project was supported by a fellowship from the Social Science Research Council, and research grants from the Center for Middle Eastern Studies and Center for British Studies at University of California, Berkeley.

In the fall, Dr. Damluji will teach Cities of the Middle East, a course focusing on the political, social, economic, and cultural histories that have shaped representations and transformations of modern urban space and urban life in the region. It will combine critical readings and case studies from art, architecture, urban planning, and film to examine a range of urban sites—from colonial urbanism in Algiers, modernist planning in Kuwait City, to star-chitect ambitions for Abu Dhabi, and urban uprisings in Cairo. She intends to build on her past experience teaching at Berkeley, to create innovative courses at Wheaton that explore the histories of art, architecture, and visual cultures in the Middle East and Islam.