Visiting artist Jacqueline Salloum presents a screening of her feature length documentary Slingshot Hip Hop (2008 Sundance) followed by a Q&A session. Salloum is a New York based filmmaker and artist. During her MFA studies at New York University she created pop infused art (toys, gumball machines, etc) documenting histories of people, including her family, that have been altered or erased and challenging the stereotypes of Arabs. Salloum’s love for filmmaking began after creating her short video piece, Planet of the Arabs (2005 Sundance), she continues to write/direct films, music videos and teach workshops at universities and institutions in the US and internationally. 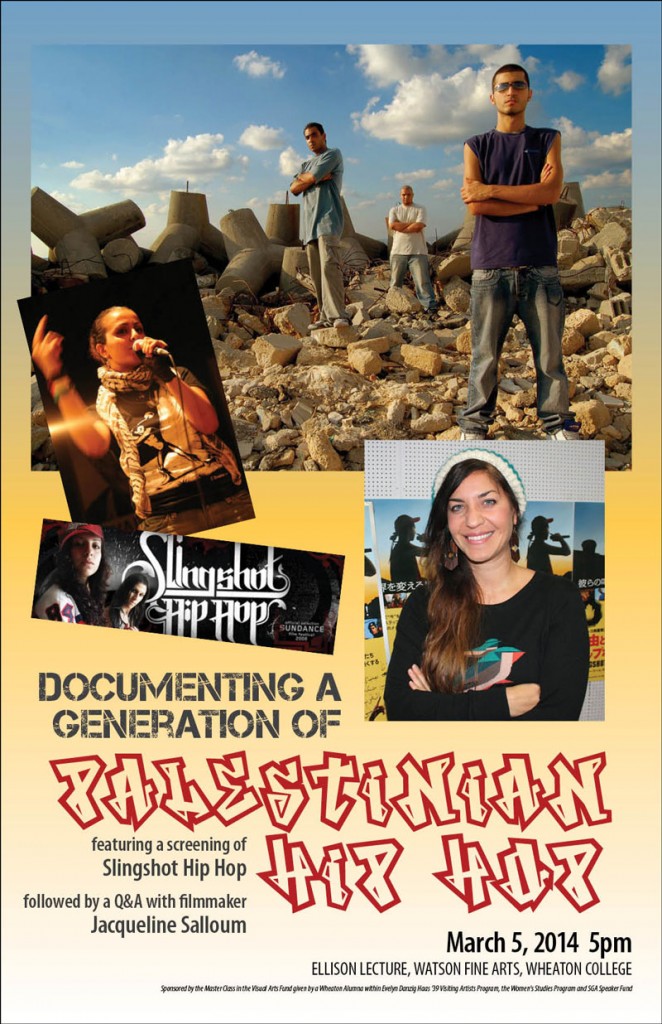