Stepanek is Curator of Prints and Drawings at the Museum of Fine Arts as well as a former student of the late Professor Heuser.  She is the co-curator and originator of a new exhibition opening at the MFA on October 12th. Entitled Goya: Order and Disorder, it will be the largest Goya exhibition in North America in a quarter century. The exhibition explores the fertile territory between order and disorder to consider Goya’s output from noble portraits to the chaos of war and the mayhem of the bull ring and will include several works that have never been shown in public and/or in the United States. 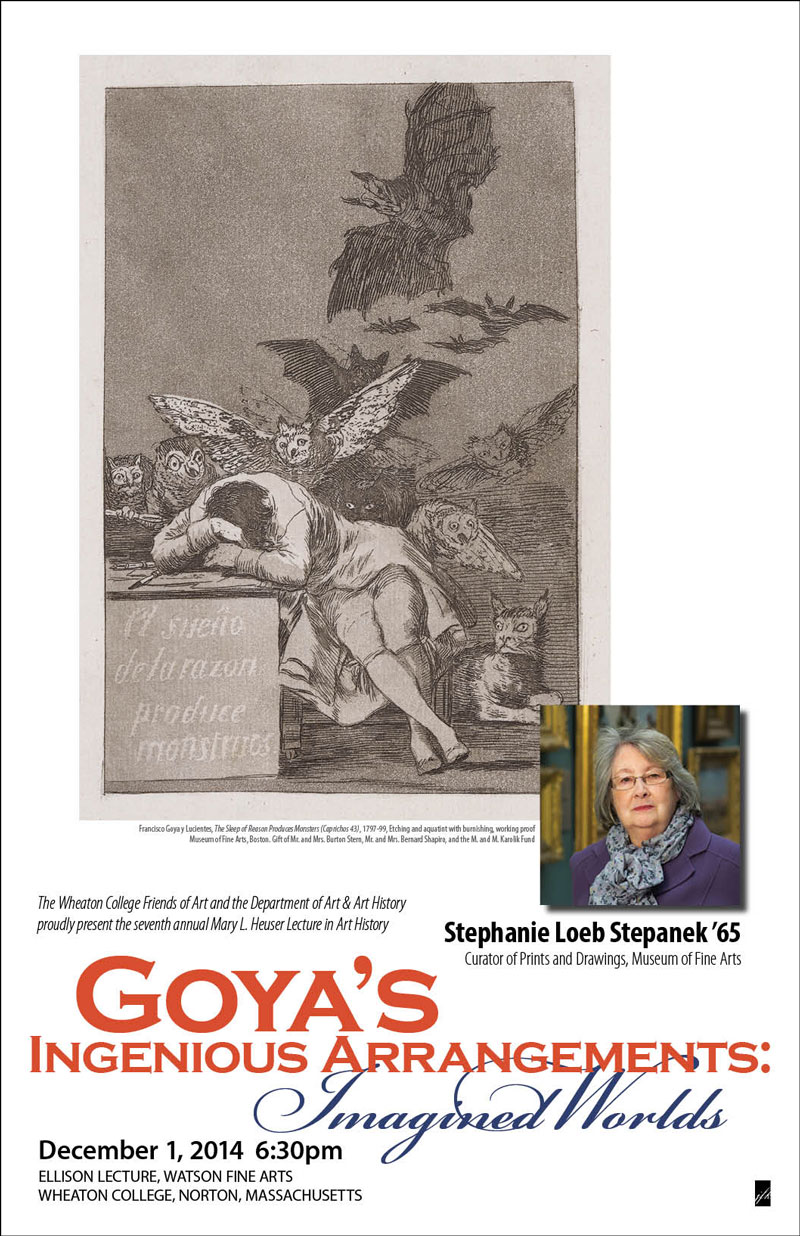