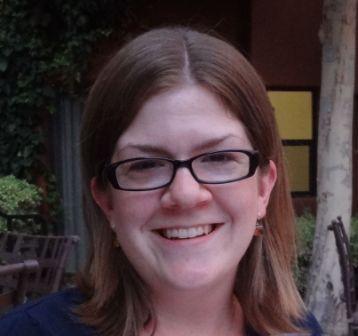 Mellon Post-Doctoral Fellow Sylvia Reed joins the Wheaton English department this fall. Professor Reed, a linguist who received her doctorate from the University of Arizona, researches Scottish Gaelic, a fascinating and endangered language. Professor Reed explains that “like other Celtic languages, Scottish Gaelic has many characteristics that might seem strange to a speaker of English–for instance, verbs have to come at the beginning of the sentence, so that ‘I ran home’ is instead said like ‘ran I home’.  Students who take Professor Reed’s Global Englishes (English 298) class will learn about Gaelic and other language-related phenomenon.

Linguistics represents the ultimate liberal arts study, connecting science, language and culture.  As Professor  Reed notes, “Linguistics studies language from a scientific perspective. Sentences, words, and sounds of languages are the data, and linguists propose analyses of these data to explain how human language works at a deeper level. Linguists also ask questions about how humans learn, process, and produce language, and how humans use language for different uses and in different social settings.”

In addition to teaching Global Englishes, Professor Reed is also teaching “Writing about Time,” a First-Year Writing course designed to enhance approaches to writing while engaging questions about the relationship between time and writing.  The English department invites everyone to stop by and say “Ceud mìle faìlte dhut” to Professor Reed!