Estelle Freedman will be delivering the Jane E. Ruby Lecture in the Humanities on March 23rd, 2016. Her lecture is entitled: “Redefining Rape”. Freedman is the Edgar E. Robinson Professor of History at Stanford University.

Her work on the history of women and social reform, including feminism and prison reform, as well as the history of sexuality, has shaped a generation of scholars. Her most recent book, Redefining Rape (2013), as history of rape that demonstrates that our definition of rape has depended heavily on dynamics of political power and social privilege.

She is also author of The Essential Feminist Reader(2007), an edited anthology of 64 primary documents from feminist history around the world spanning the fifteenth to the twenty-first centuries. Feminism, Sexuality, and Politics (University of North Carolina Press, 2006) is a collection of eight previously published and three new essays.

No Turning Back: The History of Feminism and the Future of Women(Ballantine Books, 2002) explores feminism in the West and its relationship to broader movements for women’s rights and social change throughout the world. She is currently studying the history of sexual violence in America.

The Jane E. Ruby lecture series was established in 1993 by a bequest from the estate of Jane E. Ruby, professor of history emerita, former provost and a Wheaton honorary degree recipient. The series brings prominent speakers to campus each year. 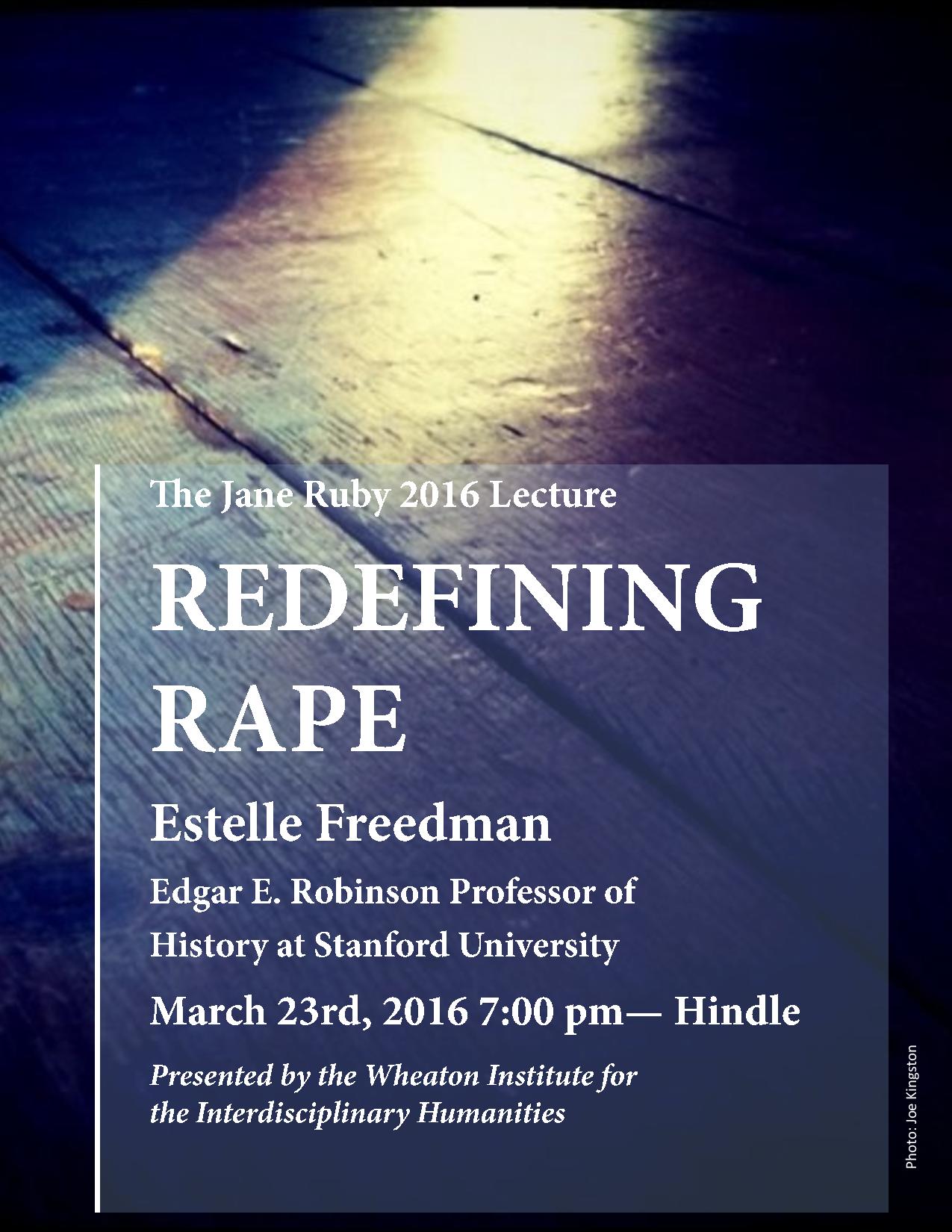