Home » Academics » Sociology » Wouldn’t You Like a Barbie Doll Instead? 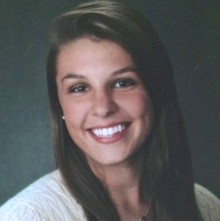 “Wouldn’t You Like a Barbie Doll Instead?” by Mia Cambi’16

What Would You Like For Christmas? is a 2015 gag cartoon by Chris Allison posted on a comic site, Toonhole. The cartoon refers to Americans growing concern about gender inequality. The conversation in this particular strip is not one that would have been seen in comic strips a generation or so ago. In past decades women were mostly depicted in stereotypical female roles – cooking, cleaning, and taking care of children – but to question – let alone speak of — sexism would not have figured in any of the punch lines.

In this comic, Santa represents cultural obduracy. He is not villainized by the cartoonist; he is just doing what he has done for centuries, being the symbol of Christmas and answering the dreams of people who have been good. But as a guardian of cultural continuity the dreams he answers are limited by what the system can routinely provide. Whether he is befuddled by, or annoyed at, Little Sally’s request his answer is clear. Little Sally should get over wishing for a future free of sexism and crippling student loan debt because that definitely will not happen by December 25, 2015.

American society has made great strides in accepting women in the public sphere and reducing their inequality. However, this comic strip makes it clear that the struggle for equality is far from complete. Santa’s response reflects an older view that society in general, and especially many men, discount the needs of women because, after all, so long as women are protected, safe, and secure within traditional arrangements, what more could they want. Santa also may be puzzled about how to respond to a request that can’t be satisfied by commodities. This strip is acknowledging a social disconnect as Little Sally asks for something that many people feel is not realistic from someone like Santa, who couldn’t possibly deliver it, even if he wanted.

While sexism is still expressed in very obvious forms, it tends to thrive in a kind of cultural underground, the world of everyday life, often outside of public scrutiny. Countless women are laid off or demoted while pregnant or when they return from maternity leave. They also must endure myriad ways of being undercut by stereotypes in the workplace. Some women’s rise up the corporate ladder is cut short when they begin to start a family, something men experience far less often. One way of making gender inequality public is advertising the widely known statistic that women earn 77 cents to every one-dollar a man makes. But this claim is often quickly undercut by sniffing that it does not account for wage differences in the occupations most populated by men and women. While this is true, closer examination of these differences most often shows that income inequality still exists between men and women within the same occupation. According to an article published by CNN Money last April, women hold more than 70% of elementary school teaching jobs but men still earn more in the same position. The median weekly income for a male teacher is $1,096, whereas women earn $956, about 87 cents to the man’s dollar.

Student loans can be considered America’s next big crisis as the debt reaches $1.2 trillion. Society today puts more of an emphasis on attending college, which under current arrangements only means more debt. At the moment, students are forced to use loans to finance their education if they cannot pay tuition with cash, grants, and scholarships. Until there is an alternative source of financing college tuition, those students will need loans and this does not look like it is changing anytime soon, and it is unlikely that universities will be reducing their tuition costs in the near future. At the rate college tuition continues to increase, in 15 years Little Sally will be asking Santa for $130,000 each year for Christmas.

Santa probably would have been happier if Little Sally had asked for a Barbie doll instead. In Barbie’s world, things are a lot easier. Everything comes naturally to her and all she needs are the outfits that enable her to be whatever she wants, a college student, veterinarian, lifeguard, or a lawyer. But who’s being realistic here? Nevertheless, the fact that figures like Little Sally are raising issues of gender equality and sexism in popular media suggests that Santa better watch out. What is not realistic today, may be on tomorrow’s agenda, and sooner than many people think!