Tumblr and The Alternative Hyper-Reality 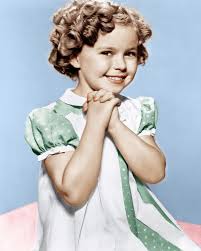 If you could boil Tumblr down and compress it into a singular phrase, it would be “here are the things I worship as an expression of myself”. Tumblr is a social microblogging platform that has made its way into our daily vernacular, with the likes of Facebook and Twitter, and has evolved with these other platforms to create a virtual experience. For many young adults and teenagers, Tumblr provides a sanctuary outside of their real lives, a bubble in which they can self-express without consequence.

Tumblr put me through a loop. I was eleven when I first signed up, but initially it was a relatively benign experience. I logged on maybe once or twice a week, and scrolled through my dashboard for maybe 10 minutes. But as we all very well know, social media can take you by the balls and suck you in. Suddenly, I was spending all of my time on Tumblr, madly attempting to create the perfect aesthetic blog. I secluded myself all day from all social interaction, inside and outside of school, including with my own family. The tipping point finally came when my dad confronted me about the issue when I was barely fourteen – I see my dad about eight times a year, so the fact he picked up on my obsession with my computer screen was very telling of my plight. He told me, “It isn’t real, what’s on your computer. What’s real is me and your sister, who are right there in front of you.”

I know I’m not the only person whose been sucked into the world of aesthetic blogs or, as I dub them for these purposes, alternative hyper-realities. For those who don’t know what an aesthetic blog is, it is a type of blog that correlates with a specific theme, such as soft-grunge or fandoms. My aesthetic blog, like many others, was one dedicated to a photographic romanticization of adolescence. Carefree, happy photos of friends in the back of a pick up truck, consuming alcohol and smoking cigarettes in a low-lit bedroom, running in a field, lying naked in a bed with one white sheet, drinking milkshakes in a treehouse… I’m extrapolating on the last one, but you get the gist of what kinds of photos you’d find on my blog. They all share a common theme: an emphasis on coolness and being carefree. All the photos were ludicrously edited to be less saturated, more highlighted, increased exposure, and contrasted slightly to create this aesthetic, an aesthetic that captured my attention and the attention of potentially thousands of other young adults.

Alternative hyper-realities are something different and seemingly better than the reality of the person behind the screen; this kind of imagery has created new normative styles and ideals for them to express through click ‘reblog’. Alternative hyper-realities, therefore, produced an expected context for what life should be like, whether it’s a fantasy about an ideal romantic context like camaraderie or love, or just what one encounters on a daily basis, it’s a rift in one’s reality. And since they cannot seek out this reality in real life, they stick to their laptops and — like me — socially isolating themselves and becoming more miserable with their own lives and more attached to the life they’ve created online. They’re not seeing what’s real, and what’s right there in front of them.