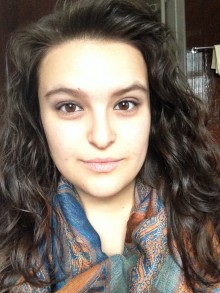 My family is typical of the “Happy Valley” right outside Northampton, Massachusetts. We are pretty liberal and progressive thinking. So, naturally, when The Affordable Care Act, or Obamacare, was passed our neighbors and we were overjoyed. But has Obamacare done much in particular for my family to warrant this happiness?

Honestly, not a whole lot!

Obamacare may be a great idea and helping many people, but my family is not really one of them, at least not to any great extent. We are lucky enough to live in a state that more or less already has it’s own version of Obamacare. You are required to have health insurance in Massachusetts and, for those who aren’t so well off, the state helps subsidize your insurance payments. So, most of the benefits we already have are thanks for Governor Mitt Romney and the state legislature and not to Obamacare. Nevertheless, my family is still very much excited by its prospects.

But how can we feel that way even if it is not benefitting us?

Obamacare is exciting because, finally, we have a national plan that gives a lot more people the opportunity to have health insurance and care. This is a huge leap in the right direction. So, while it is not directly helping us much, it is making a difference in the lives of millions of other people in our country. That makes for a country that is healthier and happier, which benefits all the rest of us.

Obamacare represents opportunity and equality as well. No longer are women discriminated against under this plan. Women do not pay more for health insurance under Obamacare, an alarming and astounding truth that unfortunately happened under many other health care plans. Also, birth control is now completely free to those women who have Obamacare and wish to have birth control. This is not only a step toward more equality, but also for reproductive rights as well. This provision of Obamacare also diminishes the prevailing stigma against birth control, other safe sex measures, and the women who choose to safely utilize them. What’s more, you can no longer be discriminated against for a preexisting condition. Under many other plans, an insurance provider could reject your application for insurance or deny you service if you had a preexisting health condition. But isn’t that the point of health insurance? To help those in need of medical assistance who cannot afford it? Obamacare eliminates this unfair double standard. Health insurance is for the sick; it should not make it easy to discriminate against them.

Obamacare is the next big step in a long pattern of American health care reform throughout the years, and arguably one of the biggest ones yet. It seeks to unify American citizens and help them live fulfilling and more equitable lives without worrying about being able to pay for medical bills at some point down the road.

So, why are so many Americans upset by its passage into law?

A big part of the answer is the specter of big government, and Obamacare is definitely an instance of that. It is a government-run program with hundreds of billions of dollars poured into it. Also, it makes it mandatory to have health insurance, which many believe is downright unconstitutional. But then again so are Social Security, Medicare and taxes that pay for highways and schools. So, what’s the big deal?

Isn’t it truly unconstitutional, for people to be discriminated against for things they have no control over, such as their biological sex, or more limited control, like medical problems? Private health insurance has had the power to discriminate in that way do with no repercussions until now. Health care and insurance is something that everyone should have anyway, so why should it be such a problem to make it mandatory? It is for the betterment of the entire country and those who reside in it. Almost every other advanced industrial society has some kind of mandatory health insurance, and, while not as wealthy as the United States, their populations are usually healthier. In addition, many of these societies have more upward mobility than the US, less economic inequality, and more guarantees on privacy. Finally, these big government programs in other countries spend, on average about half what we do for health care! Well-designed program by big governments have played an important role in these outcomes, so maybe the issue is not whether a government is too big, but how well its serves its people.

Using that yardstick Obamacare is doing a good job because it is offering access to health care and peace of mind to so many people. It is also exciting because it is taking a big step against discrimination and towards a more progressive nation.

So… that is why my family is very happy with Obamacare, even though it hasn’t done all that much for us personally. Sometimes you just have to think about the big picture.