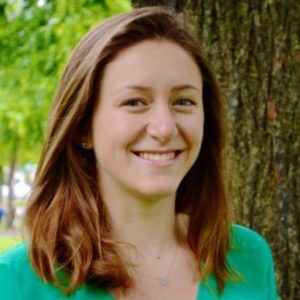 In more recent years, the Black Lives Matter movement has become a focal point in the news. One response that I have found the most striking and has become rather infamous to the group’s name is, “well, all lives matter” (most often a response coming from whites). Their website reads: “Black Lives Matter is working for a world where Black lives are no longer systematically and intentionally targeted for demise. We affirm our contributions to this society, our humanity, and our resilience in the face of deadly oppression… working for the validity of Black life” (“Black Lives Matter”, 2012). For some reason, there are people that hear “black lives matter”, and understand it as “black lives matter more than” other lives. Black lives matter, they just matter. While the intention of “all lives matter” is perceived to be about a shared and peaceful humanity, it actually perpetuates a racist narrative that dehumanizes the black community.

The first factor to consider when thinking about the “all lives matter” response is the deep white racial frame that exists in the United States, a country that is built on 350 years of extreme racial oppression (Feagin 2010). It is crucial to understand that whites have long tried to rationalize, and hide or disguise, the extensive and lasting patterns of oppression they have created and maintained (Feagin 2010) and criticism of the BLM is an example of this effort. Even since the creation of the Constitution, the statement “We the People” did not include black slaves as citizens that had political representation. Whites have consistently worked to create the illusion that progress has been made in the United States’ racist structure:

Reacting to social turbulence, those whites in power prefer to make ad hoc modifications, rather than to significantly change the deep racial structure. For example, when U.S. slavery was finally abolished – in part because of great pressure from black and white abolitionists and much everyday resistance from those enslaved – elite white actors chose to keep as much of the old oppressive system in place as possible by moving to the near-slavery of Jim Crow segregation rather than to just abandon the racial oppression. (Feagin 2010: 164)

When a (white) individual responds to BLM with “all lives matter”, it illustrates liberal racism, and more specifically contemporary colorblind racism. Through this perspective, there is an official break with blatant racism associated with the 1940s-1970s that has allowed white America to disconnect itself with this country’s racial history. For them, history no longer matters, and in a colorblind America, individuals rise and fall on their merit (Zamudio & Rios 2006).

Colorblind racism fits into the minimization of racism frame, which suggests discrimination is no longer a central factor affecting minorities’ life chances. This frame emboldens whites to claim that blacks are “playing the race card” when talking about BLM. More importantly, this frame also involves limiting discrimination exclusively as all-out racist behavior, which, given the way “new racism” practices operate in post-Civil Rights America, eliminates the bulk of racially motivated actions by individual whites and institutions by fiat (Bonilla-Silva 2006). What is even more striking about this frame is that whites can accept facts such as the brutal police attack on Eric Garner in 2014, but still accuse BLM activists of making a huge ordeal of the case and using their platform as an excuse to make it about race.

Furthermore, the idea that we live in a society that does not “see race” and values “all lives” fits precisely into one of the five fallacies of racism: the ahistorical fallacy. This fallacy renders history impotent and claims that most of U.S. history, namely the period of time when this country did not extend basic human rights to people of color, is irrelevant today (Desmond & Emirbayer 2009). This frame ignores violence that includes but is not limited to: race-based exploitation, legacies of slavery and colonialism, and racially motivated abuses of all kinds (sexual, murderous, and dehumanizing). As Gene Demby (2015) puts it,

The idea all that we’re going to, um, cross-pollinate our way out of entrenched racist beliefs and race-driven life outcomes is worse than just a form of magical thinking. It’s a way of handing down debt. It requires a tremendous amount of political and social heavy lifting to topple the pillars of structural racism, but instead of rolling up our sleeves, we’ve decided to leave the work of doing so to our kids, anointing them as some sort of magical post-racial elves in the process. (“Dylann Roof And The Stubborn Myth Of The Colorblind Millennial)

The “all lives matter” rhetoric ultimately illustrates that we are not living in a racially tolerant society, but rather a racially apathetic one (Demby 2015). Blacks in the United States have historically been fighting for their lives to be recognized and validated, and although “all lives matter” does not outwardly claim that black lives do not matter, undermining the black experience in the United States is yet another form of violence in order to keep the racist structure in place.