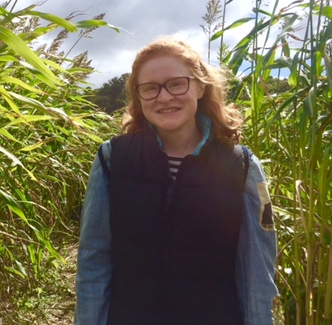 Super Political Action Committees (PACs). They seem pretty frightening; the idea of big money buying elections is not one that sits well with some citizens. However, maybe they are not as scary as we think. “We”, in this case, refers mostly to self-identified Democrats, a group which is more likely to dislike Super PACS, when compared to their Republican counterparts[1]. While Super PACs are able to advertise, make calls, and raise unlimited funds for a given candidate, a look at their success rates may calm some liberal nerves.

Prior to 2010, Super PACs were not an issue; unions and corporations did not have the power to independently spend money to influence elections on the federal level. This all changed when the Supreme Court deemed that fact unconstitutional Citizens United v. FEC, and in the subsequent case of SpeechNow.org v. FEC., the Super PAC was born[2]. While some feared the Super PACs would give power to the wealthy to “buy elections”, did they succeed in doing so?

In the 2012 election between Mitt Romney and Barack Obama, the Super PAC made its debut. As a result, more than $840 million was spent on the election (as of October 30, 2012), and of the money, a majority went to conservatives[3] Romney received more monetary support from Super PACs than Obama, but did he win the election? Well, obviously not. While both parties utilized Super PACs, if they really bought elections, Romney would have won due to his greater source of funding. In this case, the power of grassroots supporters, smaller donations, and the voice of the American people proved stronger than that of wealthy donors.

In the current election, Super PACs are once again a big topic of discussion. Most notably, Democratic candidate Bernie Sander’s campaign has managed unimaginable success without the help of a Super PAC. On the opposite side, Republican candidate Jeb Bush has a massive Super PAC, but is currently last in the national polls. The belief in the decisiveness of Super PACs in buying elections is clearly up for questioning.

Perhaps the true power of Super PACs was best summed up by presidential candidate Donald Trump when he said that, “when you give, they do whatever the hell you want them to do.” The influence that donating to a Super PAC can give to someone is the truly scary thing about them. It is when a huge Super PAC candidate wins that the wealthy have their power. The focus on “buying elections” may take away from the greater issue for the average citizen; it is the matter of buying influence which is truly frightening. If one keeps all of the focus on what happens on the national stage, one may overlook what is happening behind the scenes. Looking at Super PACs as something more complex than simply buying elections is a critical viewpoint we must adopt if we wish to understand what is happening within our government.