Home » Academics » Sociology » What Can You Do? Service Sociology and Social Problems

By A. Javier Trevino 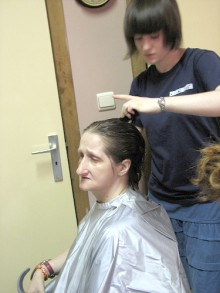 Studying sociology usually means that you will be dealing with many issues that are troubling, harmful, and just plain distressing. As such, it is understandable that you may feel that “it’s all bad news,” that something needs to be done, that things need to change. But how?

If sociology is the discipline that studies social problems—like crime; poverty; inequalities based on social class, race, and gender; epidemics; environmental problems, and so on—you may want to know what “solutions” it has to offer. Indeed, you may be interested in finding out what you can do to make a difference.

Concern with the problems of urban life and their alleviation goes back to the early days of American sociology at the turn of the twentieth century. As sociology was becoming more and more popular in colleges and universities around the country, it basically took two forms: the study of sociological theory and the practice of ameliorative reform and service. At that time, most people thought of sociology as a form of philanthropy and courses such as Methods of Social Amelioration, Charities and Corrections, and Preventive Philanthropy were common. Undergraduate sociology programs were even more focused on training in charity and social service work.

After its founding in 1892, the University of Chicago established the first full-fledged department of sociology in the United States. At least initially, sociologists there were diligently engaged with applied social reform and philanthropy. Indeed, the founder of the department, Albion W. Small, pointed out that sociology “is good for nothing unless it can enrich average life; our primary task is to work out correct statements of social problems and valid methods of solving them.”

Along with the development of sociology at Chicago, between 1885 and 1930, a unique, active, and engaged sociology was being implemented in many of the “settlement houses,” or neighborhood centers that provided services to poor immigrants, that had been founded in major cities throughout the United States. Settlement sociologists, like Jane Addams, who in 1889 cofounded the most famous of the settlement houses, Hull House, in one Chicago’s desperately poor neighborhoods, considered the settlement as an experimental effort in the solution of the social problems of the modern city. Addams, and others like her, sought empirical data on various social problems through detailed descriptions of the conditions of groups living in poverty. In addition, Hull House provided a wide variety of community services, including securing support for deserted women, conducting a kindergarten and day nursery, implementing various enterprises for neighborhood improvement, and establishing a relief station.

A new type of sociology that is devoted to the practical amelioration of social problems and that has its heritage in the early American sociology of relief and reform is now emerging. Service sociology is a socially responsible and mission-oriented sociology of action and alleviation. Motivated by care and compassion, service sociology is concerned with helping people meet their pressing social needs. The sociology of service believes that the personal needs of one individual are not so different from the collective needs of others in similar life circumstances. This belief is why service sociology treats individuals as people in community with each other. The main goal of service sociology is to help people by meeting their essential needs and concerns through service. The various types of service activities for helping others is vast and they include: community counseling, coaching, mentoring, tutoring, conflict resolution, community gardening, friendly visiting, community cleanup, block activities, giving circles, crime prevention, community organizing, advocacy, voter registration, participatory action research, service learning, and mediation. And you can probably think of other similar service activities.

Indeed, the time is now ripe for service sociology and for student involvement in it. Consider that in the past few years there has been a renewed public interest in volunteering and social service—a so-called “compassion boom”—particularly among the Millennial generation. Today, over one-quarter of all Americans take part in some form of community service with over 64 million volunteers serving. In 2011 these volunteers dedicated nearly 8 billion hours to volunteer service, and the economic value of this service was $171 billion. And across the country, millions of volunteers are involved in a range of critical areas, including tutoring and teaching; participating in fund-raising activities or selling items to raise money for an organization; collecting, preparing, distributing, or serving food; and contributing general labor or providing transportation. What is more, no less than 26% of college students volunteered in 2010, and over 3 million of them dedicated over 300 million hours of service to communities across the country, primarily in activities involving youth mentoring, fundraising, and teaching and tutoring.

In addition to community service, many citizens across the country are engaged civically. Indeed, between 2008 and 2010, 8.4 % of American adults worked with neighbors to fix a community problem; 49.6 % donated money, assets, or property with a combined value of more than $25 to charitable or religious organizations; and in 2010, 41.8 % of residents voted in the 2010 national election.

In recent years we have also seen the emergence of several high-profile national service initiatives, such as President Obama’s United We Serve campaign, the Edward M. Kennedy Serve America Act, the annual Martin Luther King Jr. National Day of Service, and the 9/11 National Day of Service and Remembrance. This service work is being done by many ordinary people who are picking up the slack for a city, a state, a nation unwilling or unable to attend to many critical matters that directly affect thousands, even millions, of people. We have now entered an era in this country characterized by a culture of service—involving various forms of civic engagement, community service, and volunteerism—that allows people, as citizens, to work together to ease or mitigate the predicaments and uncertainties created by poverty, hunger, racism, sexism, epidemics, calamities, and so on. It is precisely in this current culture of service, with its numerous pressing needs and concerns, that we can consider the emergence of a sociology of social problems based on service.

The motto of the International Sociology Honor Society, Alpha Kappa Delta, is “to investigate humanity for the purpose of service.” See http://www.alphakappadelta.org/Home.php