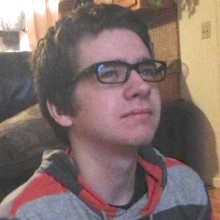 Misconceptions have plagued The Affordable Care Act, or “Obamacare”, since the law was first debated in Congress. Remember the pundits and politicians who proclaimed that the government was setting up “death panels” to euthanize every grandma in America who had caught a cold. Obamacare is now the law of the land and, while the act may not be popular, the public has realized that the government will not be killing anyone anytime soon. Still too many people remain misinformed about the specific policies of Obamacare and how it will affect their lives. Of course it is not unusual for Americans to be uninformed about complex bills and laws. However, the misconceptions about Obamacare are distinctly different from other political confusions. Obamacare has been the center of a campaign of disinformation, and specifically several widely run TV ads that have sought to defame and criticize the policy. More importantly, these ads deliberately distort who benefits from Obamacare.

Several months ago Julia Boonstra made the news for exceptionally unfortunate circumstances. She had recently received the devastating diagnosis that she had leukemia and only had an estimated 20% chance of surviving. Julie began fighting the disease and was comforted by having a good doctor and health insurance plan. Her situation went from bad to worse, however, when she received a letter from her insurance provider saying that her plan would be cancelled because of new regulations put in place by Obamacare. As a result, Boonstra was left with no way to pay for her treatment since the out-of-pocket cost for the one drug that could have cured her illness was astronomically high. In this case, it could be claimed that Obamacare literally was killing her.

The organization Americans for Prosperity quickly circulated the news of Boonstra’s circumstances by featuring her story in a prominent television ad that criticized her representative, Michigan’s Gary Peters, for supporting Obamacare. It’s easy to see why people would be so drawn to Boonstra’s story. It is hard to imagine a more damaging account of how Obamacare could hurt average American citizens in need. There is, however, a big problem with the ad. It’s simply not true.

First of all, Boonstra is a real person who does in fact suffer from Leukemia and deserves a great deal of sympathy and respect for battling it. Beyond Boonstra’s name and circumstances – according to The Washington Post’s Fact Checker column – the advertising spot is littered with errors. As it turns out, Boonstra was actually offered a very similar plan by her old insurance company that would have allowed her to see her old doctor (Kessler). True, she would have to pay more out of pocket up front, but once she reaches the limits of the deductible, the cost of the treatment would be offset by the lower premiums she would have to pay. Further investigation revealed that under Obamacare Boonstra would actually save an estimated $1200 a year

Americans For Prosperity (AFP) has been one of the most active and organized voices of opposition to Obamacare. AFP is a conservative advocacy group that supports economic freedoms and is largely funded by the Koch brothers, who are oil billionaires with a history of using their wealth to further their political agenda. In the past few months the Koch brothers have spent $30 million to underwrite ads — including Boonstra’s story — in battleground states where democratic congressmen are facing challenges for re-election With so many people uncertain about the effect that Obamacare will have on their healthcare, these ads pose a grave threat to the popularity – and smooth implementation — of the new law. People who were confused or ambivalent about the reform are now being bombarded with images of honest Americans proclaiming that Obamacare is devastating their lives and health. This has the unfortunate side effect of increasing opposition to the bill even among the low-income and middle-class families who it primarily benefits. It is a truism today to lament that politics is broken in America. Well, if “the pump don’t work,” to quote Bob Dylan, it’s probably “cuz’ the vandals took the handles.” the sentiment certainly covers the Koch brothers and their antics.