Examining the Politics of the “Wheaton Bubble” 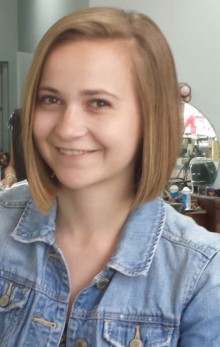 Last semester in my Sociology class, I was assigned to write a paper that addressed the political culture of Wheaton and how the structure of the school affects our chosen form of activism. As most people know, Wheaton is a fairly liberal school. In fact, a few years ago, Niche ranked us as the tenth most liberal college in the United States. Wheaton’s Facebook page shared the article with the line “According to Niche, we’re putting the ‘liberal’ in Liberal Arts.” Our school is proud of its liberal student body as it lines up with many of the school’s core values including diversity and inclusion of all identities. While many students enjoy the safety and comfort of the “Wheaton Bubble” and the school’s collective stance on social justice and political issues, the bubble tends to exclude those with more conservative views.

When looking at this rank, many people may conclude that Wheaton attracts some of the most liberal students in America. But this is difficult to prove as the school resembles many other small New England liberal arts colleges with a student body made up of mostly young, middle class Americans coming from areas around the North East. For my paper, I argued that the true reason Wheaton students express mostly liberal views goes back to the school’s structure and the specific liberal issues we choose to address.

To start my research, I did what any young scholar would do. I posted on YikYak. I asked the anonymous cyberspace if they felt Wheaton was too liberal or if they liked it that way. I got a range of responses. Many people said they enjoyed the liberal environment, while some said they felt that being immersed with people who all agreed with each other was not the way to learn. Some people commented and said that, as conservatives, they felt they should keep their opinions to themselves because they didn’t want to start any arguments or come across as “ignorant”. Some even went as far as to say that they were afraid of how their professors would grade them if they voiced their true opinions. For a school that prides itself in diversity, our homogenous political views are very exclusive, and some may argue, hurtful.

Wheaton’s small size and residential campus proves to be ideal for discussion-based activism because of the constant interaction between students. Discussion based activism can be found all over campus, from student clubs based around dialogue, to classroom learning, to casual conversations in the dining hall. Though Wheaton students participate in discussion, I (and the anonymous yakers) have noticed that it is a bounded discourse where all discussions have an underlying answer based in the liberal perspective. In the classrooms, students are encouraged to participate in discussion based lessons where they connect their own opinion and experiences to the class material. Some students may use their own personal experience with an issue such as racism or sexism to add to the class discussion. Including these personal experiences changes the tone of the discussion from one about politics to one about morals. When discussing such personal and emotional values within the liberal perspective, many students will hesitate to bring up opposing views to avoid offending classmates or professors. Some students even choose to not speak in fear that their professor will grade harsher if they disagree with the student’s values or beliefs.

The Wheaton Bubble doesn’t simply enforce liberalism on campus, it enforces the idea that liberalism is morally right. As students, faculty and staff, we select specific liberal ideas to practice, labeling them as social justice causes rather than politics. The main ideas we focus on include issues of diversity, identity, and privilege. These values hold more emotional meaning to students compared to other liberal ideas such as supporting welfare or taxing the rich. Leaving out the factors of liberalism with fewer emotional ties, such as economic views or the responsibility of government, defines liberalism in a narrow but moral light. This causes liberalism at Wheaton College to mean something different than liberalism in other parts of the world and makes it difficult for people with conservative views to voice their opinion without coming across as offensive. By selecting specific liberal ideas to focus on we moralize our politics, enforcing the idea that the liberal view is “right.”

Taking this into consideration, we can start to understand Niche’s ranking from a sociological standpoint. The rank was determined by a poll of students at various schools who had been living on their campus, or “bubble,” for various amounts of time. Living in a campus bubble doesn’t only affect how students voice their political perspective, but also how they view a specific political perspective in general. It can affect how students view themselves as liberals and how they view others as conservatives. And when this view is put in a perspective of morality, the minority group of students with different perspectives are labeled not only as “conservative” or “republican,” but “immoral.”