Home » Academics » Sociology » Should Doctors Be Made Accountable? 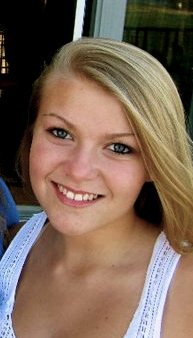 “There is no such thing as an infallible doctor.” –Edward E. Rosenbaum

Most of us put doctors on pedestals because they are exceedingly smart, skilled, and let’s face it, special. Not everyone can become a doctor. It takes someone who is resilient and with a quick and practical mind to make it in this profession. And we venerate them not just because of how good they are. It is also because we trust them with the one thing that is most sacred to us: our health. Why wouldn’t we put them on pedestals? They have the training, the knowledge, and the experience to help us when we are helpless. So, does that mean it’s okay for them to not let us know just how good at their job they really are?

I don’t think so!

The general lack of transparency in the medical world, particularly in the United States, is an issue that needs to be discussed more than it is. In most other aspects of our lives, it would be thought both odd and careless not to research a service or product before giving them your business. We don’t buy cars without checking their reliability and manufacture ratings. We don’t purchase houses or even appliances without making sure of their quality. Personally, I never buy anything on Amazon without first checking the customer satisfaction ratings. So, why is it so different when it comes to doctors? The short answer is that doctors don’t want us to know how unsuccessful they might have been in some of the procedures they have performed. But don’t they owe us the assurance that the person who might be cutting into our one and only body gets it right a lot more often than they don’t?

Currently, there is an online petition urging Kentucky Children’s Hospital to disclose data on Pediatric Surgery Successes. (http://forcechange.com/71343/urge-hospital-to-disclose-data-on-pediatric-surgery-successes/) Due to a number of failed heart surgeries at the hospital, resulting in either death or the transfer of the child to another hospital, parents of the children demanded to see the success rate data for the hospital. The hospital has refused to disclose this information.

True, strides have been made disclosing infections incurred by patients in hospitals. After her son’s tragic and preventable death in 2006 due to an in-hospital infection at Orange County Hospital, Carole Moss spearheaded efforts to demand infection rate disclosure at California hospitals. Named after her son, Nile’s Law was put into place January 2010, resulting in a state website with information about infection rates in various hospitals. Predictably, public revelation of data about infection has encouraged better sanitary measures and fewer infections. It’s not rocket science. At websites like http://hospitalinfection.org/legislation.shtml, health care consumers can learn about hospital infection rates in different states to get a better sense of what’s going on behind the scenes.

If we are starting to implement laws that require infection rate statistics to be made public, why then is it still taboo for a physician’s medical performance to be on public record? According to a study by Ingrid Burger, Kathryn Schill, and Steven Goodman, “major risks of disclosure include inaccurate and misleading performance rates, avoidance of high-risk cases, unjust damage to surgeon’s reputations, and jeopardized patient trust.” (http://www.ncbi.nlm.nih.gov/pmc/articles/PMC1877054/) In my opinion, however, the benefits outweigh those risks. If we can establish a system where quality and safety are always top priorities and patient autonomy is encouraged, why wouldn’t we move forward with that? I’m not saying doctors need to disclose this information online. But, I do think that patients and their families should be able to compare success to failure ratios when deciding where to get a surgery done and by whom. Of course, these statistics should be compiled by professionals and be sensitive to the different risk factors in different procedures. For example, a heart surgeon who is doing a high-risk surgery on a high-risk patient should not be expected to have the same success rate as an orthopedic surgeon who repairs four ACL’s a day. However, if Dr. A has three times the complications with open-heart surgery than Dr. B does, there is clearly a quality gap between these two surgeons that prospective patients need to know, and which must be explained. It’s a serious issue. Dr. Marty Makary in his 2012 book Unaccountable reports that studies have shown that when employees of hospitals are asked if they would feel comfortable being treated on the unit where they work, over 50 percent of the workers at more than half of the hospitals said no.

The chances are, however, that if a surgeon is actively working at a hospital and performing surgeries, they usually do their job well. Nevertheless, not every procedure goes perfectly and there are unavoidable risks associated with any type of operation. It is also true that people make mistakes and even the most gifted and brilliant doctor is still human. Holding people accountable for their mistakes creates incentives to avoid making them in the first place. Frankly, I can’t imagine any doctors who wouldn’t in retrospect be happy that even uncomfortable social pressure enabled them to avoid making life-threatening mistakes. Thus, we owe it to both ourselves and also to health care workers to hold them accountable for their successes and failures.