Home » Academics » Sociology » So What’s the Big Deal with Cuba? 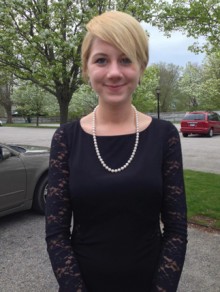 It was a beautiful afternoon day and I awoke in a dimly lit, smelly Peruvian clinic. There were large horse flies buzzing around my head and a dusty blanket keeping me warm. The nurses wore dirty jeans and prodded me with needles, attempting to locate a suitable vein for intravenous fluids. I was terrified.

It was my second week in the Peruvian Andes when I succumbed to the typical traveler’s sickness that afflicts most foreigners. Bodily fluids were rapidly departing from every orifice of my body and I was unconscious within five hours of experiencing the first symptoms. To this day I thank the twelve-year-old boy (see picture) who spotted the deranged, smelly blonde girl and flagged down help to get me to the clinic. From the hospital bed I was able to experience, up close and personal, the Peruvian healthcare system. 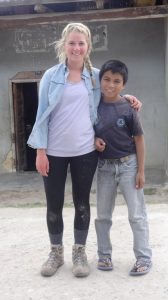 Within the small clinic in this Peruvian village I saw and experienced many things that frightened me. There was a clear lack of sanitation, an absence of competency among the staff, and a failure to respect my medical privacy. Nonetheless, perhaps the most frightening occurrence was at the end of my stay when I went to pay my bill. The total cost came to 12.5 Peruvian Nuevo Soles. The nurse promptly asked how long I would be staying in Peru in order to set up a payment plan for this bill. I was dumbfounded, realizing that the bill amounted to less than five American dollars. I paid the bill in full and left the clinic – a bit queasy, but thankful I was hydrated and conscious.

As I began to slowly regain my health, the question about the payment plan lingered in my mind. The reality is, most people in that village would not have been able to afford the five American dollars, out-of-pocket, to pay for this substandard treatment. I wondered – would they have even treated someone whom they knew could not pay the bill? My experience in this clinic illuminated more than global economic inequality, but also the harsh disparities in healthcare systems around the world. It may not come as a shock that life expectancy and GDP per capita of nations around the world correlate lockstep, trending upwards. In other words – the richer the nation, the longer people will live. What is startling is the outlier to this trend: Cuba.

The average Cuban per-capita income is $4,000 per year, but its health statistics are on par with some of the wealthiest countries in the world. Life expectancy is equivalent to the United States at 79 years and infant mortality rates are actually lower in Cuba. Cuba boasts these statistics under a healthcare system owned by the government and available for everyone. Cuba provides us with a revolutionary (no pun intended) concept: a right to healthcare irrespective of personal income. If Cuba is able to achieve this goal, what is preventing other nations from doing so?

With the exception of the United States, universal healthcare is a right in many wealthy, industrialized nations – but why should it be limited to these countries? Cuba demonstrates the possibility of universal healthcare without dramatic economic growth. In Cuba, people live modestly, but still have access to doctors and medicine. Thus, we must stop accepting disparate healthcare as a necessary consequence of global economic inequality. Cuba demonstrates that it is possible to provide people with adequate healthcare, a right to life even, without tackling the larger problem of restructuring global economics (at least not just yet).

There is, however, an important lesson for the United States. It is first necessary to reform healthcare domestically in the United States before we can contribute to meaningful change around the world. Our own failures with healthcare – and a lack of universal access — prevent us from being able to add much to the international conversation about health care. There is no reason that a Peruvian – let alone an American — should be denied healthcare because they cannot afford an out-of-pocket payment for treatment. It is time to recognize universal healthcare as a right to life, and attack this problem on a global scale.