“An Abandoned America” by Rachel Iafolla ’18 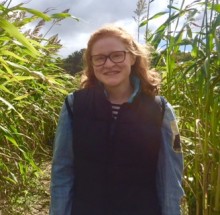 Photographs of abandoned structures have become an increasingly popular visual focus for contemporary photographers. Capturing the stillness of long, dark hallways, the crumbling walls of a once cherished home, and the remnants of previous lives has allowed people to travel through time with one single glance. The assumptions and stories which can be drawn from these images are boundless, thus capturing the imagination of photographers and viewers alike. But what story do they actually tell?

The Packard Automotive Plant in Detroit, Michigan, pictured above, stands empty, yet it has much to say about the American Dream. Opened in 1903, it was once a sign of the power of American manufacturing. The plant produced millions of cars and during War II, the fighter planes, and engines for PT boats that helped win the war. After the plant closed, it was home to various other businesses, and was eventually fully vacated. Various attempts to buy and repurpose it have occurred over the years, but many have fallen through and issues with taxes have abounded (Detroit Free Press); it appears that the future of the plant is something of a mystery, and while ideas are in the works, it may be best to adopt an “I’ll believe it when I see it” mentality. 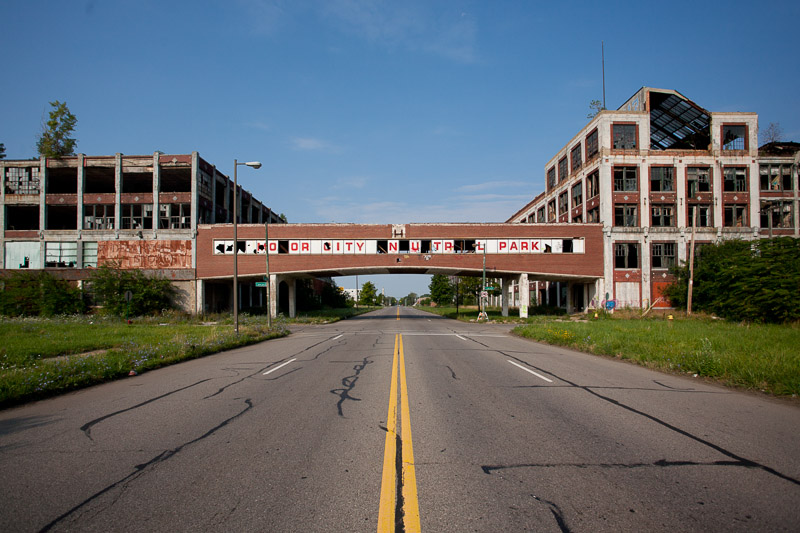 After it closed in 1956, the plant was turned into an industrial park.

The popularity of this photograph, however, is not due to the past or future of the pictured location, but rather to what it says about where we, as Americans, are now. Images like this one speaks to our anxieties and challenge our values. The picture of the Packard Plant reflects the dramatic economic changes the nation has experienced: from a booming factory manufacturing driven economy, to one that outsources and has an uncertain future. It sometimes seems that the American worker has been forgotten, much like these buildings. On a local level, the abandoned Packard Plant reflects the decline of Detroit, a city which filed for bankruptcy in 2013. When you inspect this image, as well as the thousands of other abandoned buildings scattered around Detroit, each one of which has its own rich history and grim enchantment, it is hard to believe that positive changes are possible. As a city and a nation worries about its economy, images of what once was creates a nostalgia for those booming American-made days.

In terms of American values, images like this one address America’s tendency to embrace new technologies and look towards the next big thing. Instead of improving upon what we have, we want what is bigger and better, and thus we leave once great achievements behind. The Packard Automotive Plant highlights this idea, we have moved towards an era of technology, an era in which assembly line jobs are not as common. Many jobs that were once done in the plant, and others like it, have been moved overseas and replaced with tech-based jobs and industries. Nevertheless, the Packard building still stands, compelling people to appreciate its place in history and recognize its importance. This image reminds us of what we might lose in the changes that we do welcome.
“An Abandoned America” by Rachel Iafolla ’18

This photograph of the Packard Plant draws the viewer into a depressed present, poised on a cusp between an irrecoverable past and an uncertain future. It tells a story of loss and hope. In broader terms, and aside from their eerie beauty, images like this one can haunt a viewer. These places were once filled with life and people, but now stand neglected. Yet, the photos of abandoned buildings can immortalize them and help us invoke the ghosts that still inhabit them. There is a oddly familiar quality to these desolate structures, which like old snapshots allow us to envision what went on there. Perhaps the fascination with these images comes from a fear that important places in our lives will someday stand empty; perhaps we are simply doing what we hope others will do for us, preserving the memory of lives once lived as a way of finding a thread of hope for their own lives and futures.