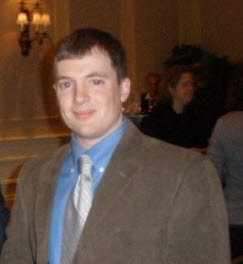 Jamie Brennan, a Political Science major, returned to his home state of Maine after graduating in the Class of 2007. Shortly after graduation, he joined the staff of United States Senator Susan M. Collins. Jamie conducts public outreach and constituent casework in one of the Senator’s district offices. His primary role is the investigation of constituent inquiries involving a wide range of federal agencies including the Department of Veterans’ Affairs, the United States Citizenship and Immigration Service, and the Internal Revenue Service. Outside of work, Jamie is pursuing a MA in Public Financial Management at the Muskie School of Public Policy in Portland, Maine and is married to his college sweetheart and a fellow Wheaton Alum, Abigail Knight Brennan, from the class of ‘08.