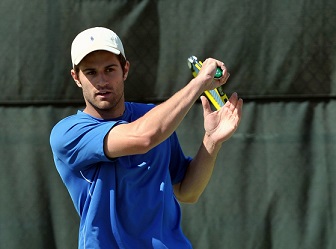 Gregory Poulin, a 2011 Wheaton graduate who majored in political science, has recently published two articles as lead features in The Diplomat. One deals with  the non-traditional security challenges — specifically in the area of human security — facing the US government, and the other (which was also published by China-US Focus and Real Clear World)  focuses on urbanization in China. Pacific Partnership and the Human Security Imperative China’s Housing Crunch Takes to the Rooftops Since graduating from Wheaton, Greg interned in the strategy department of Mitt Romney’s presidential campaign at his national headquarters in Boston and worked with the men’s and women’s tennis teams at Wheaton as an assistant coach for the 2011-2012 season. Currently he is studying government and globalization as a visiting graduate student at Harvard. While at Wheaton, Greg also double minored in U.S. history and African American studies and was a four year starting member of the tennis team, selected for the NEWMAC All Conference team junior and senior year and voted captain his senior year.