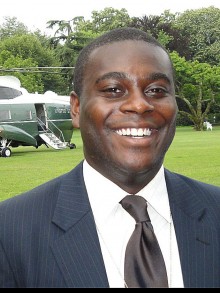 Gabe Amo graduated in 2010 with a major in Political Science and a minor in the American Economy. After graduation, he studied for a Master of Philosophy in Comparative Social Policy at the University of Oxford on a Marshall Scholarship. As a junior at Wheaton, he also won a Harry S Truman Scholarship. During his time at Wheaton, Gabe led the Roosevelt Institute and was President of the Student Government Association. Away from Wheaton, he has served in numerous political capacities, including Sheldon Whitehouse’s 2006 US Senate race, for the Rhode island Democratic Party, the Democratic National Committee, and the White House Office of Political Affairs.