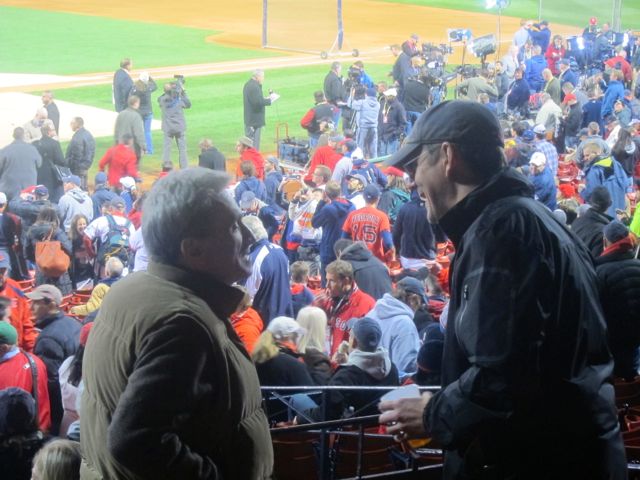 Robert Pinsky, former Poet Laureate of the United States and author of “The Night Game,” among other poems, talks with Stephen Mathis, Associate Professor of Philosophy and contributor to The Red Sox and Philosophy, among other works of philosophy, shortly before the start of Game 1 of the World Series.  The Red Sox would win the game, 8-1, and clinch the series in six games.