What Kant says about sex and marriage is often pilloried.  But on November 19, Professor Christopher Arroyo of Providence College argued in his paper, “Can Kant Teach Us Anything in the Same-Sex Marriage Debate?” that Kant offers insights and arguments that could be deployed in defenses of same-sex marriage.  Professor Arroyo’s talk was second in the Philosophy Department Colloquium Series. 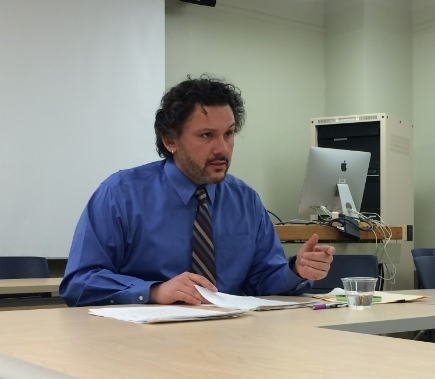