Alumnae from four decades attended a gathering celebrating Austin Prize winners at the Austin House on April 7, 2011. The prize is awarded annually by the Philosophy Department at Honors Convocation to a senior major for sustained interest and excellence in philosophy.

It is named for Holcombe M. Austin, who taught philosophy at Wheaton from 1941-1972.  Attending the first-ever gathering of past recipients of the Austin Prize were Tulin Mentese Levitas, ’62; Debora Polizzi Champa, ‘75; Belen Wieler, ’89; Carolyn Wills April, ’05; Kamala Loscocco, ’08; and Paloma Naderi, ‘09.  Current philosophy students also attended the event and listened to the prize winners’ stories of how the study of philosophy shaped their professional and personal lives. 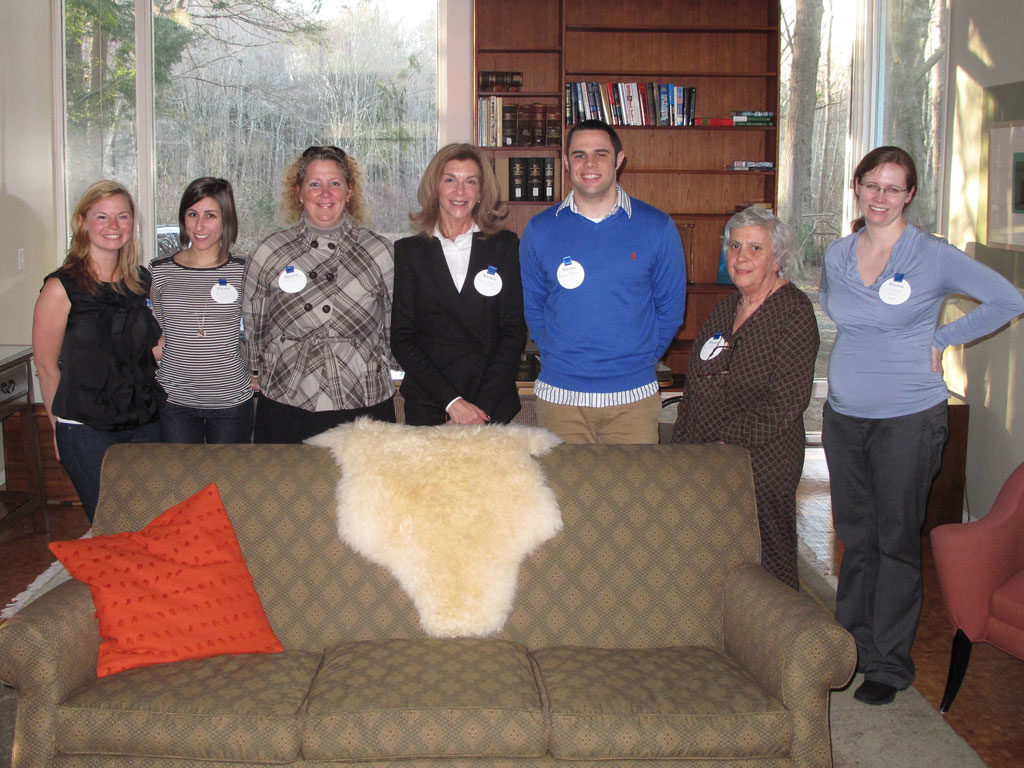 The Austin Prize was established in 1960 by Sally Terry ’60 and Amanda Tevepaugh ’60 to honor Professor Austin. Sixty Wheaton philosophy students have thus far received the prize. Robert Carry Osborne, ’11, was named the sixty-first Austin Prize Winner at the gathering. To see a complete list of all the Austin Prize winners, visit
www.wheatoncollege.edu/philosophy/students/holcombe-austin-prize/

The event was hosted by the Philosophy Department and funded by the William and Elsie Prentice Chair, which is currently held by Professor of Philosophy Nancy Kendrick, and by the Office of the Provost.