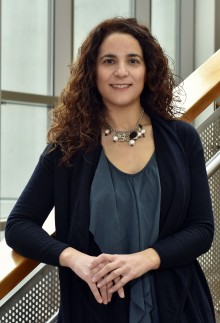 Wheaton College professor Montserrat Pérez-Toribio has received a fellowship from the Marion and Jasper Whiting Foundation to fund travel and research that will facilitate the creation of a new course and extend her scholarship.

Pérez-Toribio, whose research interest includes late medieval, 16th and 17th century Spanish literature, will spend time in Brussels and Leuven, Belgium, and in Dublin, Ireland. She will conduct archival work, as well as visit convents, museums, monuments and other historical sites to investigate the relationship between the Spanish crown and the Irish community exiled in the Spanish Low Countries during the reign of the Archduke Albert and the Archduchess Isabella in the Habsburg Netherlands (1601–1633).

“The goal is to further enhance my teaching and scholarship in important ways leading to the creation of a new course—‘Being a Refugee in Spain: From 15th to 21st century,’ which will focus on the experience of political and religious refugees in Spain,” Pérez-Toribio says. “I plan to digitize some historical documents and incorporate them as part of the reading assignments and visual materials.”

“This course intends to offer an interdisciplinary study of the experience of different refugee communities along the centuries in Spain and its colonized territories,” says Pérez-Toribio. “Nowadays the migration of refugees across Europe and around the globe is shaping our contemporary society, in the same way that religious and political refugees shaped the early modern world and profoundly affected literature, art and culture. This class seeks to address a broad range of questions such as: What has defined different refugee crises at different times in history? How have governments and other organizations responded to refugee crises and how has the refugee experience changed over time?”