Craig Atkinson will be present his directorial debut, Do Not Resist, a feature-length documentary on the militarization of the police and its alarming impact on American communities. Do Not Resist won the jury prize for Best Documentary Feature at the 2016 Tribeca Film Festival. Atkinson’s other credits include Detropia (2012) and Norman Lear: Just Another Version of You (2016). 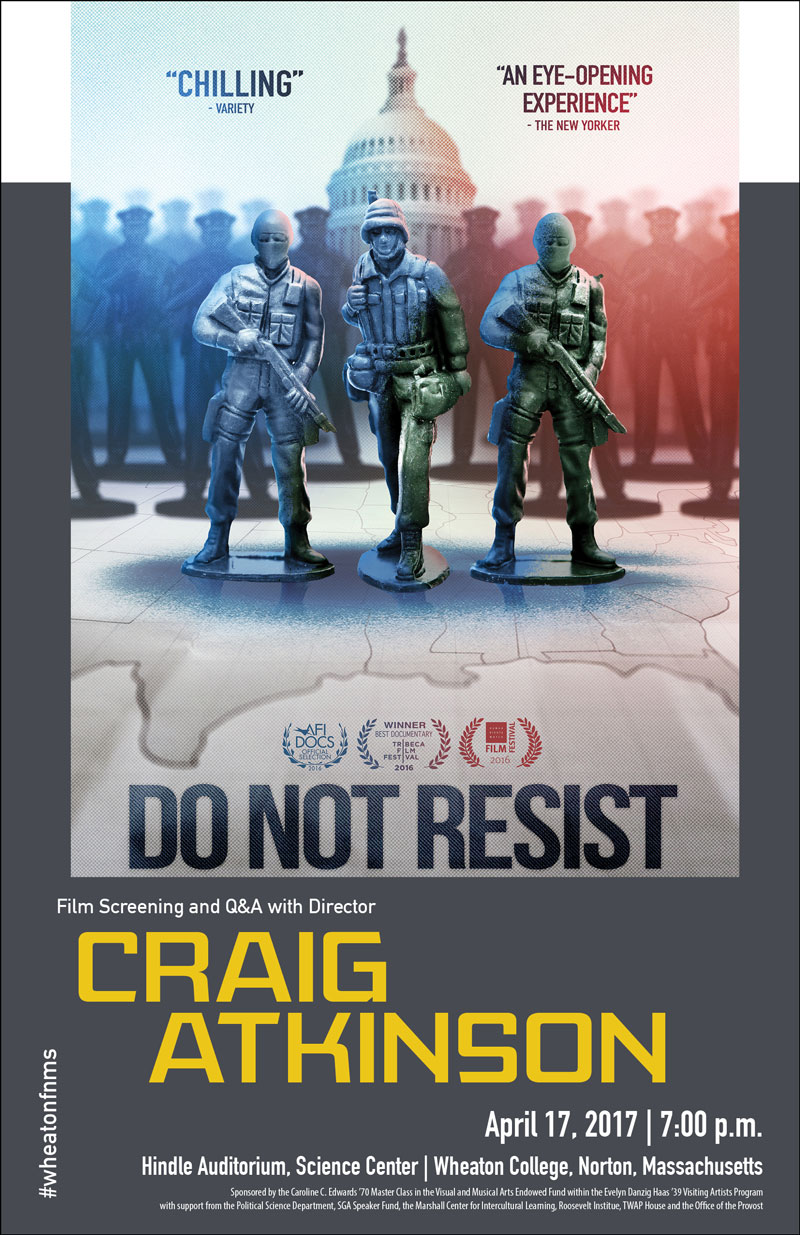