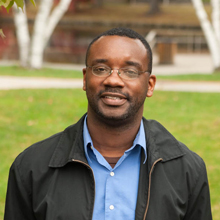 I first read Baldwin seriously during my undergraduate years … Another Country just left me overwhelmed with its honesty and vision of a complex, interracial America. Now, I am considering Baldwin the man as much as his work. In doing so, I examine how Baldwin’s individual mastery and artistic collaborations complemented one another. I’ve also been writing a biographical reflection on Baldwin’s life and those of three of his contemporaries, Buford Delaney, Richard Bruce Nugent, and Bayard Rustin. But all of this work on Baldwin began with a book chapter that I just completed that reads two speeches by Barack Obama and Eric Holder as echoing Baldwin’s presence during the Civil Rights era, especially his advocacy of racial dialogue.