I am currently writing a book on British First World War literature, and in the last year I have published two articles on women and war poetry.  “First World War English Elegy and the Disavowal of Women’s Sentimental Poetics,” appeared in English Literature in Transition (1880-1920), 53:4, 2010: 431-450.  The idea for this article came to me in the library one day when I was reading the Times Literary Supplement for 1916 and 1917.  Contributors were talking about whether poets could write good poetry about war, and arguing that only soldier poets could do so without being jingoists.  Then I noticed “From a Trench,” a poem printed in the correspondence section.  It was published anonymously, but I had already read it in a collection of women’s First World War poetry and knew it to be by Maud Bell.  What caught my attention was that the poem’s speaker is a soldier in the trenches asking if England is really worth dying for considering the mindless and murderous jingoism of civilians.  Did readers assume that this anonymous poem was by a soldier?  Apparently, since another woman replied three weeks later with a poem arguing that civilians understood and suffered with the soldiers in the trenches.  But did the editors of the paper know that it was by a woman?  Why did they publish it anonymously?“  This discovery led me to explore the relationship between the iconic First World War figure of the soldier poet and women’s war elegies.  After writing this article it was easy to say yes when the editor of the Cambridge Companion to Twentieth Century British and Irish Women’s Poetry (2011) invited me to write “Reframing Women’s War Poetry,” and essay about the ways in which women poets have reworked traditional assumptions about gender and war poetry in the twentieth century. 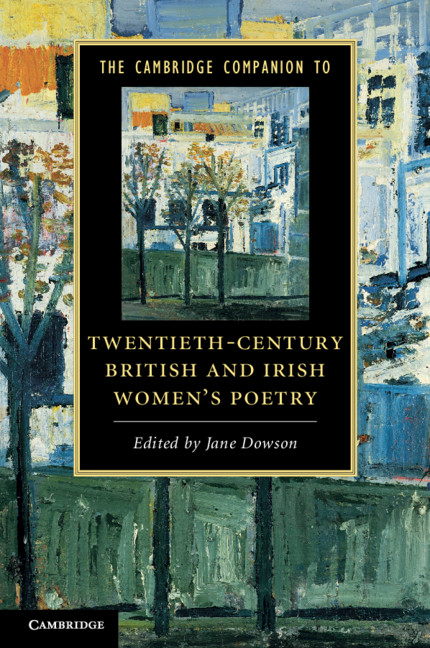