Pan-African Geopolitics and the Future of American Power

“The Sankofa and the Eagle” is my honors thesis in International Relations, supervised by Professor Nick Dorzweiler, with Professor Dolita Cathcart and Professor James Freeman as my second readers.

The thesis was inspired by the African Political Thought course I took while abroad at the University of Cape Town in spring 2018. It aims to answer the question of what African regional and continental integration — that is, initiatives like the African Union (A.U.) that promote cooperation and interdependence among African countries — means for U.S. foreign policy in the short and the long run.

To answer the question, I drew from Pan-Africanist political philosophy, which has inspired political, economic, and cultural unification in Africa and the Diaspora since its genesis in the late 1800s. Early Pan-Africanism, especially in its independence-era heyday, espoused some very ambitious integrationist goals: uniting Africa as a single country, for example. I found that the rhetoric, material goals, and philosophical backing of Pan-Africanism is still very much present in structures such as the A.U., which gives some indications of how it may behave in the future as it evolves into a more mature global actor.

I also looked at U.S. Africa policy and the ways in which it has interacted with the Pan-African project over the last century. Historically (though with some exceptions), the U.S. has tended to focus little of its strategy and resources on Africa, as it perceives few crucial interests there. Its general approach has been to insulate the U.S. from perceived threats — such as terrorism, communism, and forced migration — on the African continent.

I did much of my research on U.S. Africa policy using the U.S. Department of State’s online Foreign Relations of the United States archive. The archive collects original historical documents such as policy briefings, memos, and diplomatic cables that narrate U.S. foreign policy decisions firsthand. Foreign Relations revealed some helpful insights on the motivations for U.S. statecraft and policymakers’ thoughts on African integration that were missing from secondary sources. It also provided a sobering account of the human rights violations and socioeconomic havoc that Cold War-era competition between the U.S. and the Soviet Union wreaked on many African countries. 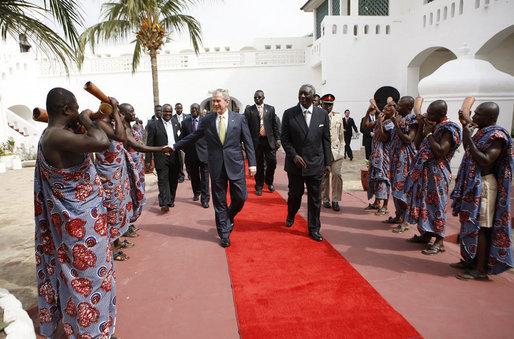 From my research, I found that a more highly-integrated Africa will likely benefit U.S. foreign policy in the short run, assuming U.S. interests on the continent (peace and security, commercial relations, and strategic minerals access) remain the same. Increased economic interchange between African countries will boost the value of U.S. investments and will create markets for U.S. goods, even if U.S. importers end up facing higher prices for African commodities.

Development by the A.U. of more efficient peacekeeping forces will lessen the U.S.’ counterterrorism burden and will decrease Africa’s own reliance on Chinese cooperation which continues to perturb U.S. policymakers. A united commodities strategy will also help Africa break China’s growing strategic mineral monopoly, guaranteeing the U.S. and other foreign customers continued access to these important materials.

I was unable to make precise long-term predictions about the U.S.-Africa relationship given the many factors involved. However, it is clear that if Africa continues on its integrationist track, the U.S. will have to be more engaged with the A.U. than it is currently. Tailoring development aid to the A.U.’s Agenda 2063 goals, deepening commercial ties with regional economic blocs, and lending rhetorical support to Africa’s ambitions of unification are some of the ways in which the U.S. can make the most of its relationship with a rising global power center.