As a part of Professor Torres’ “Imagine a Just World Through Action” course, we conducted research examining the impact of Wheaton College’s response to racial bias incidents on campus. We analyzed primary and secondary sources regarding bias incidents at Wheaton and other schools, and we found that many issues facing marginalized groups are echoed across institutions. From poor handling of incidents on campus to ignoring the needs of marginalized groups, many institutions act with little regard for those who need help the most.

We surveyed students and alumni asking them to answer questions about themselves as well as rank various criteria. If they reported participating in campus activism (58.1% did), we asked them to rate and describe their experiences. Results are as follows: 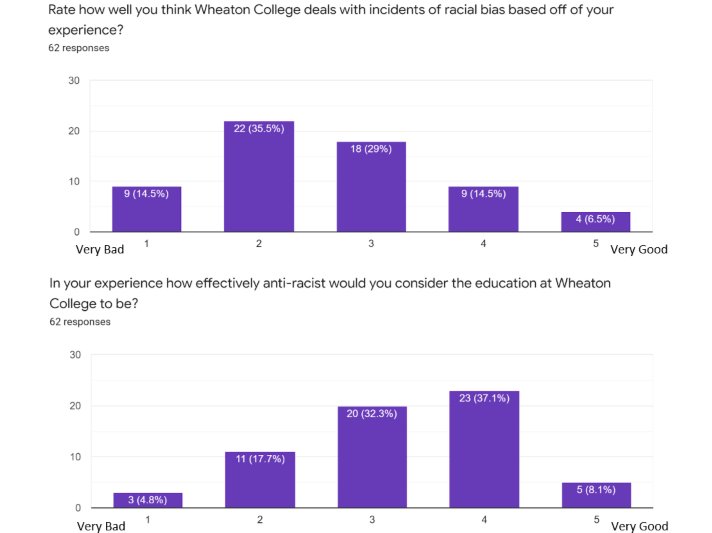 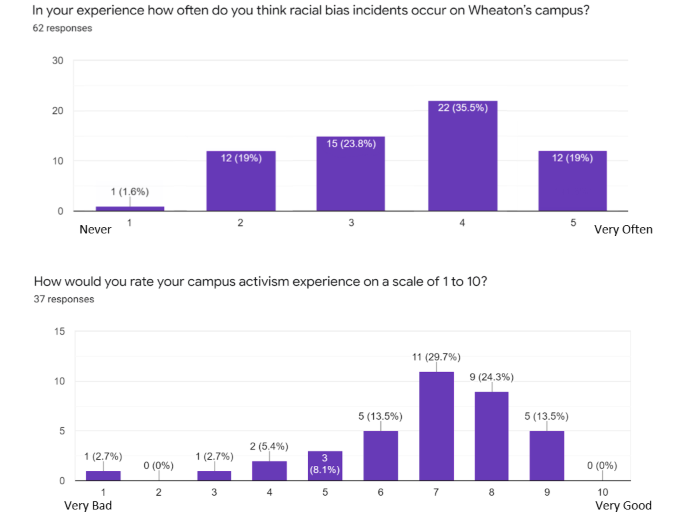 Nine mentions of positivity in the student body. Respondents wrote that students are:

Seven mentions of institution’s lack of support or resistance:

We conducted interviews with respondents to expand upon survey data. Common themes were:

Frustration with Wheaton’s lack of action.

Smaller offices and students doing most of the action.