Pictured Above: A view of the Gila National Forest.

One does not normally think of the archaeologist’s experience when learning about their work constructing the past, but how do these experiences shape this process? Often heritage is thought of by many as a static object simply uncovered and presented as is, yet in reality it is rather a process defined in a major way by the subjective experiences of individuals involved. In the case of archaeological heritage, various factors play into how the practicing archaeologists shape collective understandings of the past through material remains. These factors may include job type, personal background, environmental setting, institutional influence, and more. My honors thesis project in anthropology has been my attempt to better understand the ways in which archaeologists (and these factors that influence them) produce heritage through my specific case study of the Gila National Forest, New Mexico.

In the summer of 2019, I was lucky enough to participate in archaeological survey work conducted in the Gila National Forest as part of a field school conducted by Archaeology Southwest. For the longest time I had been infatuated with the field of archaeology and this was finally my chance to actually get into the thick of it. While the project provided me with an amazing opportunity to help uncover important information on the past lives of the people of the American Southwest, it also opened my eyes to the dynamic, and sometimes problem-laden, nature of the field. Understanding the past is important to how we view the present, but issues of race, class, and more configure into the paradigms through which everything. Specifically in the case of the Southwest, indigeneity is at the forefront of issues as the past of native peoples is reconfigured through an Euro-American colonial perspective. So, to an end, my project sought to not only understand the how and why archaeologists influence heritage through their field, but also how we may possibly improve the process.

To answer such a complicated and difficult question, I needed to draw my dataset from a wide variety of methods. These included primary archaeological analysis of survey reports, semi-structured interviews with various archaeologists involved with the forest, discourse review of historical documents, and more. Basic archaeological analysis not only allowed me to analyze source data for initial interpretations on the past but to locate problematic points in the process. For example, the emphasis on finding “flashier” objects such as the Mimbres Black-on-White sherd (pictured below) can distract from understanding the larger cultural landscape due to a myopic focus on these artifacts. The interviews proved to be equally as significant to my project as it gave me the chance to figure out how archaeologists felt about their work and what they thought influenced the many steps. Documents revealed the various ways in which organizations like the United States Forest Service (USFS) influence the discourse that surrounds heritage by authorizing specific perspectives and practices. As the USFS places more value in viewing archaeology and heritage from a resource perspective, this can trickle down to the individuals conducting the work and lead to them understanding a past person’s existence as a commodity rather than a lived experience. 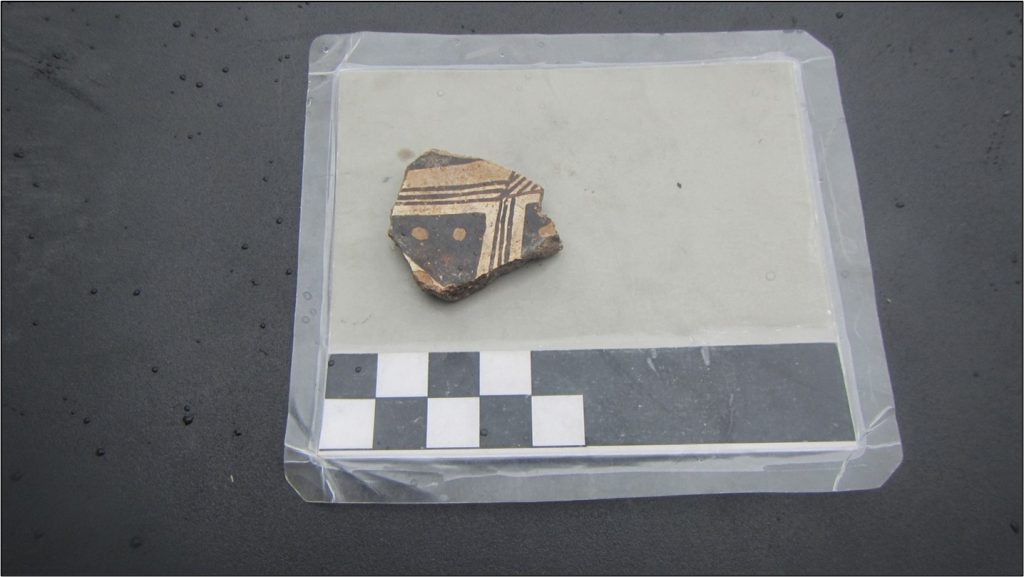 An example of a Mimbres Black-on-White sherd found at a site.

Though done in an incredibly tough year, I managed to come to a set of important conclusions regarding the position of archaeologists (and managing organizations) in the heritage production process. The heritage process is riddled with a number of issues and archaeologists have an impact on these. My conversations with the archaeologists revealed how they expressed their love of the field, want to improve it, and their feelings on various influences that create the current dynamics. Heritage has a very real impact on everyone in society and I could not simply leave my project at capturing and describing the issues plaguing the field, and the various people I talked with agreed. Improving how we go about doing archaeology was on all of the interviewee’s mind. A number of suggestions were made and I even created a small report on them, ranging from intentional research design to the presence of archaeological reflection in projects. The archaeologists expressed thanks to me for giving them the chance to actively and thoughtfully reflect on much of what they have done, and honestly I think that revealed one of the most important outcomes of my project, spurring discussion towards restorative change in the field. 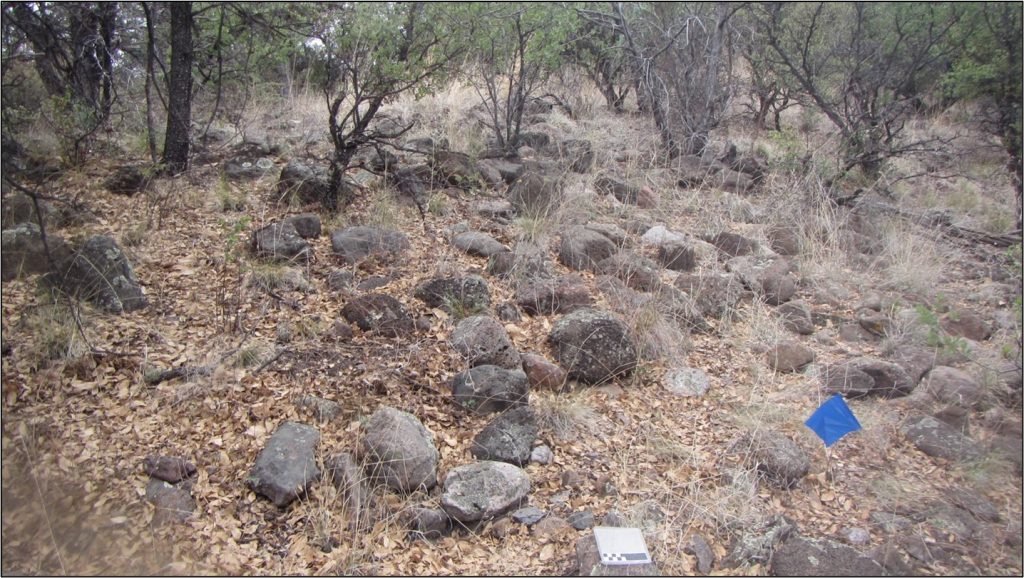 A small Pueblo rubble mound in the Gila.