Over the summer, as both a research opportunity and a welcome distraction, I worked with Professor Leah Niederstadt researching classical public sculpture on Wheaton’s campus. My name is Sierra Proft, I am a member of the Class of 2021, and I am a Classics major here at Wheaton; I especially love finding vestiges of my major in other areas or disciplines, and this research was an opportunity to do just that. Our focus this past summer was on Wheaton’s statue of Hebe, currently surveying the campus in relaxed contrapposto form in between Metcalf and Kilham. Due to the pandemic, we lost access to the college Archives–a challenge we 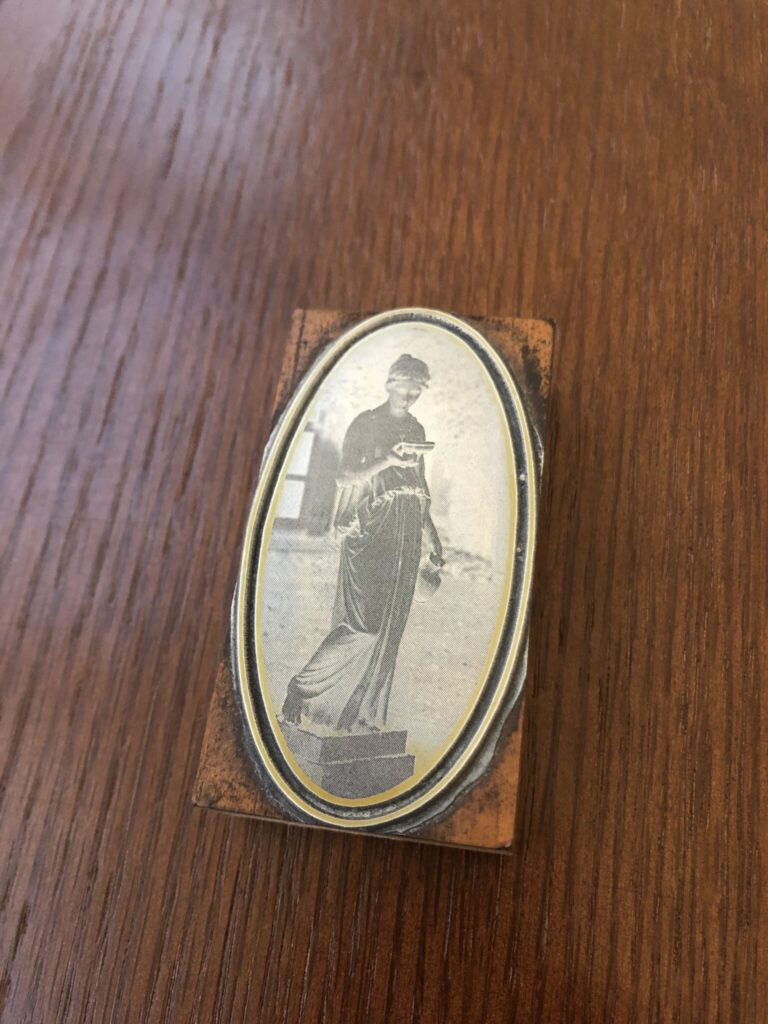 had to overcome, which we did by going digital, and using the material we had photographed and scanned. That process allowed me to become a bit more tech savvy, as I was organizing, labeling, and sorting images most of the day and creating endless Google Drive folders. But it was far from tedious; I was exposed to a lot of Wheaton’s history and culture, of which Hebe is a huge part. One of the most lovely stories I discovered was in an old Wheaton News article, which detailed the story of Hebe’s origin on campus and was a lovely blend of classical mythology and Wheaton lore. Hebe is the daughter of Zeus and Hera, and used to be the cupbearer to the gods on Olympus. However, after being replaced by the Trojan teen (and Zeus’ new focus of affection) Ganymede, it was said that Hebe came down to Wheaton to watch over all the students as they tended their studies and prepared for life outside the beloved bubble. I find it super sweet and endearing that Hebe is here watching over us, and clearly the Wheaton seminary girls felt the same, as countless odes to this youthful goddess were found in Rushlight, letters, and even notes attached to her arm following her several kidnappings. 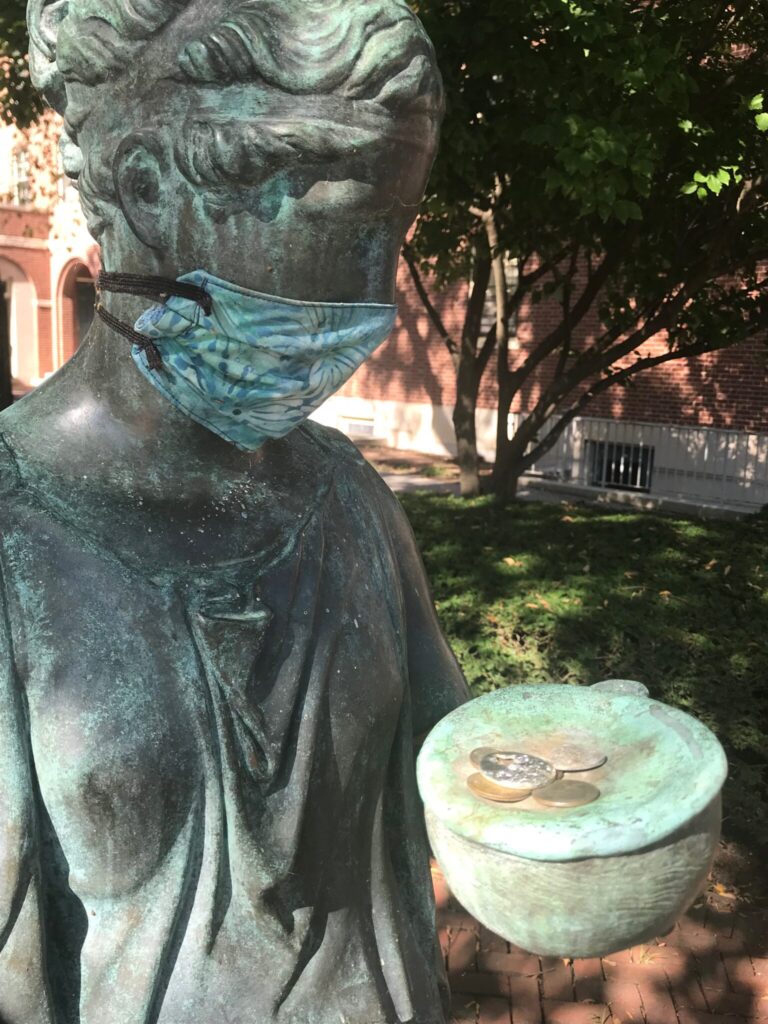 Hebe is a well-known symbol of Wheaton, and we wanted to track her history on and across campus. She traveled around quite a bit; she stayed for a time by Mary Lyon in her dignified fountain, she moved to what is now Hebe Court, she went for repairs, was stolen by other colleges, and even spent some time in Wheaton’s potato cellar. It’s been very fun–though challenging at times–to track her path around campus, but the process of such research is also very rewarding, especially with the rush of accomplishment you feel after you’ve found what you were looking for. I didn’t think I would like this project as much as I did, but I found myself becoming increasingly more invested in the project and in Hebe herself. I lived in Kilham my first two years at Wheaton, and I live in Metcalf now, so she’s been a familiar face throughout my time here. I’m glad I got to know her even better over the summer, and that I get to continue to do so over my final two semesters at Wheaton.