“Where the Buffalo Roam: The Story of the American Bison” By Andrew Esancy ’17 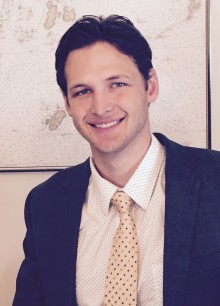 Prior to European Settlement, there were an estimated 60 million bison, or American Buffalo, in the continental United States. By the end of the nineteenth century, however, there were only approximately one thousand of these animals remaining. It is easy to see this as a cautionary tale about how human beings — Americans in this case — can so recklessly abuse the environment. After all, the immense decline in population was in part a result of environmental factors, such as regional drought, bovine disease and competition for resources with domesticated livestock, or cattle. In addition, there were other commercial motives. Buffalo products, especially their hides and to a lesser extent their meat, were valuable commodities and there for the taking as they belonged to no one. 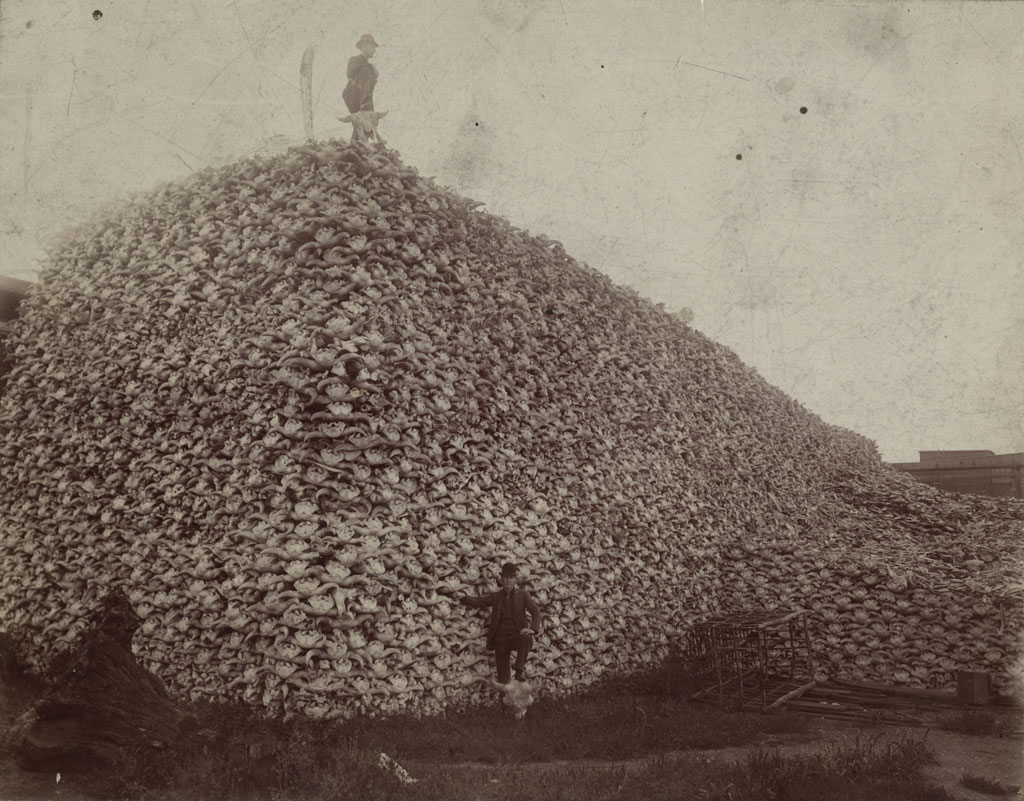 This photograph from the mid-1870s provides a window into the story of the Buffalo. In the image, two men stand triumphantly among an estimated 180,000 bison skulls. The identities of the men in the photograph are unknown. One has climbed to the very top of the pile. The picture resembles similar photos taken at the time and since by people to memorialize having reached the peak of an actual mountaintop. They often refer to having “conquered” the mountain. Here we see a similar gesture, except that the mountain in this case is grotesquely composed of the remains of thousands and thousands of living beings.

In 1812, one M. Figuier, a pharmacist Montpellier in France, discovered that bone char or bone black could decolorize wines and vinegars better than the then prevailing method, which used charcoal. Following his discovery, the firm of Payen and Sons first introduced bone black to the sugar industry. Bone black was used to refine sugar and it also helped give sugar its white color by absorbing impurities. As it was common practice for bison hunters to leave the bison carcass to rot after they had killed them, by the early 1880s bone gathering and selling in the Midwest had become a thriving industry, to which the following advertisement posted in The Grafton News and Times on July 23, 1885 attests:

I will pay cash for buffalo bones. Bring them in by the ton or hundred. I will give fifty pounds of the best twine for one ton of bones, for this month only, or a $40 sewing machine for forty tons.

About half way up the right edge of the photograph there is a building in the background, the Michigan Carbon Works processing plant, which had been founded in 1873 by Deming Jarves and William Hooper. The company was established to meet the rapid demands of an expanding sugar industry by distilling animal bones into bone black that could be used to filter and purify sugar. Fortunately for human health considerations, growing public health consciousness and regulation prevented the Michigan Carbon Works from utilizing the spine and skull in the production process to prevent the spread of “Mad Cow” disease. But, in other ways the story of what happened to the Buffalo goes far beyond a tale of environmental profligacy and shows a complete lack of concern for human health and welfare.

Sociological theory — especially the Marxist inspired social conflict version — tells us that society is composed of different groups competing for the same power and resources and that the more powerful groups use their power in order to exploit groups with less power. From this perspective, the tale of the buffalo gets dark indeed. European settlers understood that bison were essential to the survival of North American aboriginals in the form of sustenance and as a trade commodity, and so the United States government capitalized and supported the slaughter of bison by paying a bounty to bison hunters as a means of subjugating the Native Americans. Not being able to hunt roaming herds of buffalo, the tribes had no alternative but to surrender to the American military, give up their nomadic way of life and accept what the white man offered them, farming and herding on isolated reservations.

This photograph of bison skulls, therefore, provides a strand of evidence that documents not only massive environmental abuse, but also a key element in the strategy to subjugate the Native American tribes who occupied the land that white settlers, and their government, wanted. Often, it is not so much what is depicted in the image that is important, but rather what we can discover about the backstory of the elements in the picture.