by Anna Fairbairn ’22 and Courtney Gibeley ’20

“How can we reconstruct something that was created to be broken?” Shariana Ferrer, co-founder of the Colectiva Feminista en Construcción, left us with this question on a steamy evening in the Dreams Hotel in San Juan.

Before we began, we learned that Puerto Rico’s debt was up to $70 billion. This is not just a number, but a representation of the imperialistic chain binding the unincorporated territory. We learned from numerous activists, academics, journalists, lawyers, entrepreneurs, and police from Puerto Rico that while the immense debt represents the current US colonialism, this is not the first encounter with colonization for Puerto Ricans.

During our first day in Old San Juan, we finished up our traditional Spanish breakfast full of mallorcas. We walked past the white tents filled with handcrafted jewelry, soaps and musical instruments, picked up a Puerto Rican popsicle from Señor Paleta, and made our way, in the 90 degree sun, to the beautiful and impressive El Morro Fort. 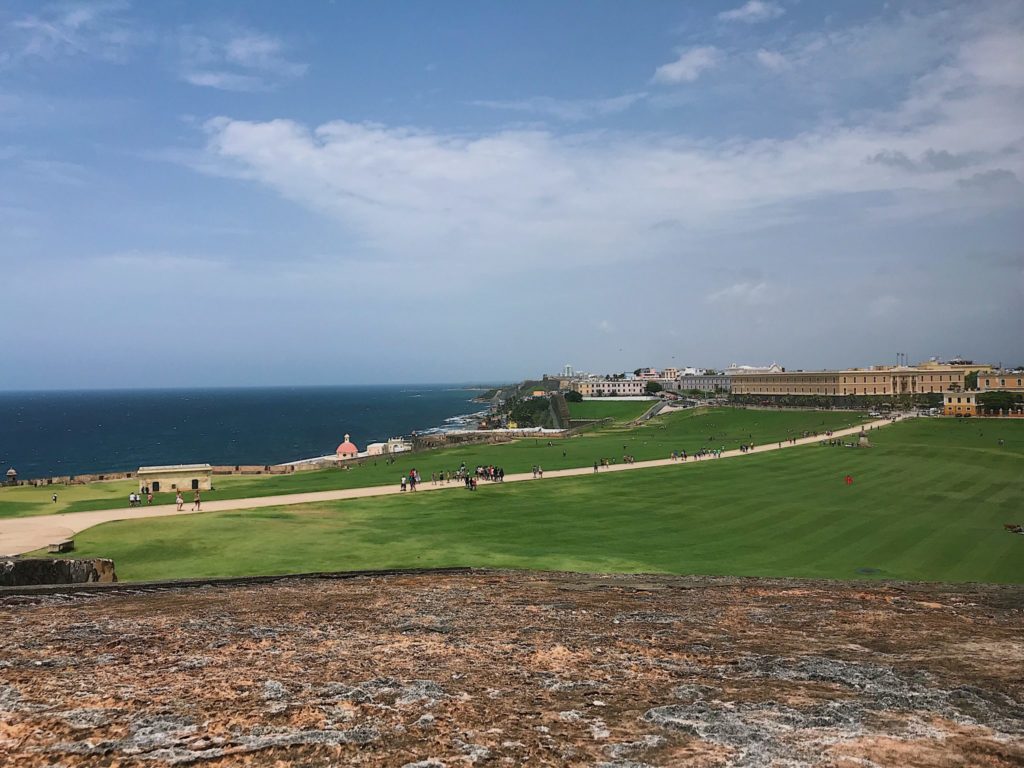 Our approach to El Morro

As we looked past the rolling green hills, the children flying chiringas, and the long sidewalk, the ocean gleamed behind the pink walls of the fort, an impressive remnants of Spanish colonial rule. There we saw the rooms that once held people captive and the thick walls containing them. We read that these were built through the forced labor of slaves and Taino Indians alike and began to understand what El Morro truly represents to a community that has struggled with the rule of its oppressors. 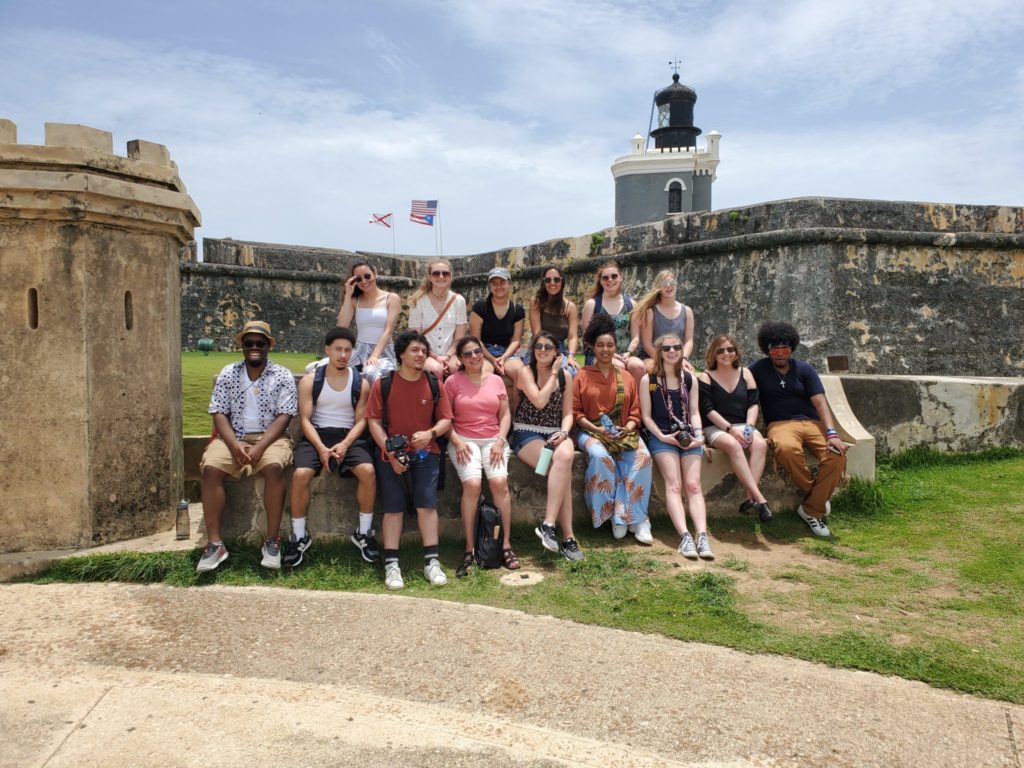 In the course Disaster and Reconstruction— taught by Professor M. Gabriela Torres, Dean Raquel Ramos and in collaboration with Dr. Waleska Sanabria from the Pontificia Universidad Católica de Puerto Rico— we are learning about a society that was set up by colonialism. The constant presence of colonial authorities crates instability within its structure from the outset and its legacy now fosters corruption and violence. In the face of natural disaster, the baseline of imperialism in Puerto Rico, has forced upon the people of Puerto Rico to “Ricanstruct” themselves. It is this that we are here to learn about.